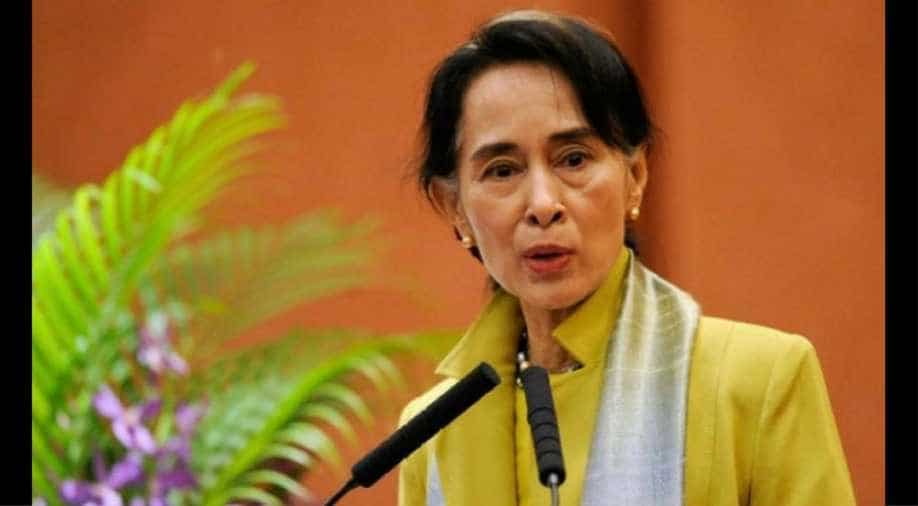 Reports said internet connections in the country were disrupted with phone lines to capital Naypyitaw not working.

Reports said Myanmar military has taken control of the country for one year after the country's governing National League for Democracy (NLD) said that leader Aung San Suu Kyi and other senior figures were detained on Monday.

The military appointed an acting president to run the country while declaring a state of emergency in the country.

The development comes after reports of a coup for over a week amid growing tension between the civilian government and the military.

Reports said internet connections in the country were disrupted with phone lines to capital Naypyitaw not working. The military has reportedly been deployed outside city hall in the main city of Yangon.

Myanmar's military had said earlier that it will abide by the constitution and act according to the law of the country.

White House spokeswoman Jen Psaki said in a statement: "The United States opposes any attempt to alter the outcome of recent elections or impede Myanmar's democratic transition, and will take action against those responsible if these steps are not reversed."

"We urge the military and all other parties to adhere to democratic norms and the rule of law, and to release those detained today,"  Jen Psaki added.

The NLD had swept the polls in November which was the second democratic elections in Myanmar, however, the military claimed there was widespread vote fraud.

Myanmar has seen two previous coups in 1962 and 1988 since its independence from Britain in 1948.