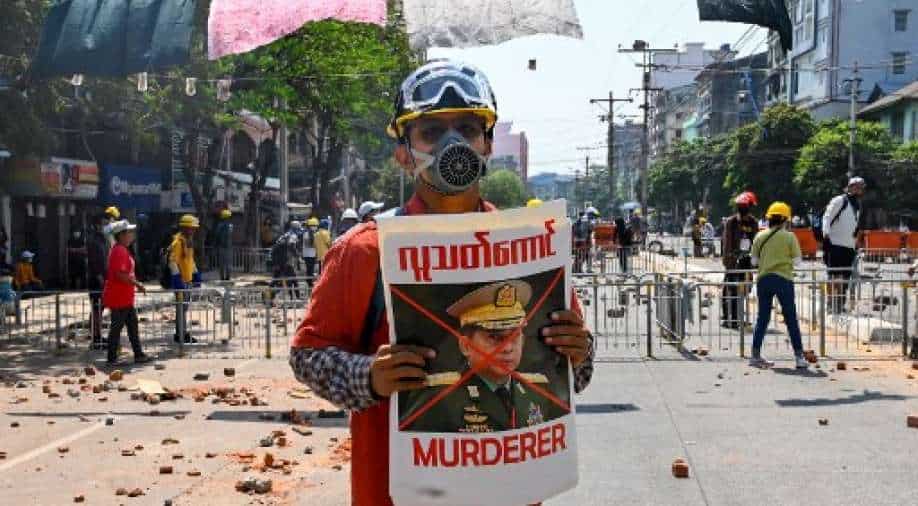 Another party member of Myanmar leader Aung San Suu Kyi's National League for Democracy (NLD) died in custody on Tuesday as the police continued its crackdown in the country.

NLD's Zaw Myat Linn died in custody in Yangon which has been witnessing large scale protests. The cause of his death is still unclear. Myat's death comes just days after the demise of Khin Maung Latt, a campaign manager who had died after he was arrested on Saturday.

Clashes between the police and protesters continued in the country as authorities broke up demonstrations in Yangon and other towns in the country using tear gas and stun grenades. At least two people were injured in the clashes.

Amid the violence, the US State Department said it "strongly condemned the junta for the... violent crackdowns on those peacefully taking to the streets and on those who are just doing their jobs, including independent journalists who have been swept up."

The police arrested nearly 50 people on Tuesday night at Yangon as anti-military demonstrations continued even as reports said several managed to escape.

The military which ousted the democratically elected government on February 1 headed by Aung San Suu Kyi has imposed a state of emergency for one year.

Several countries including the US, UK and Canada have imposed sanctions against the country's military general. Reports said the military is set to recall its ambassador to Britain a day after he urged the release of Suu Kyi.