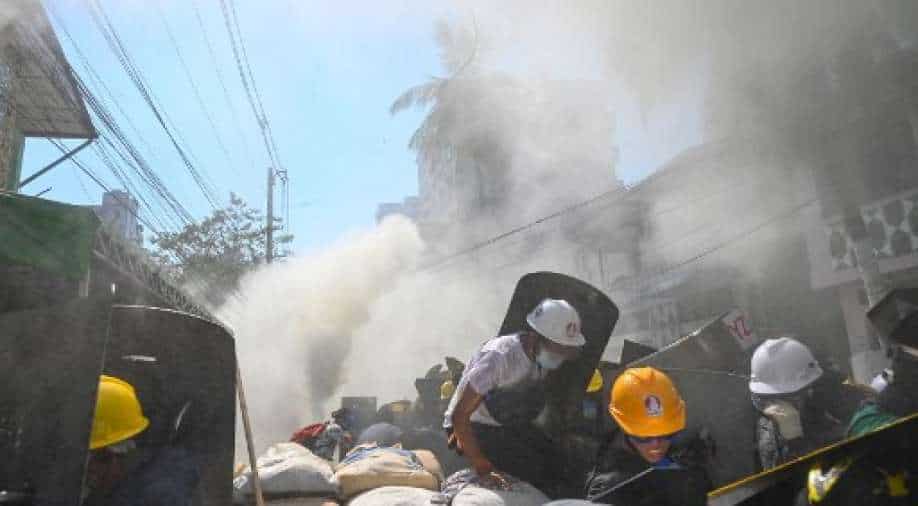 The Myanmar police are believed to be conducting door-to-door searches for those who fled attacks by the security forces.

Hundreds of young protesters who were cordoned off by forces in the district of Yangon were allowed to get out amid large scale anti-military protests.

The UN said anti-coup protesters were "barricaded" by Myanmar security forces in apartment buildings and had called for their immediate release.

The police are believed to be conducting door-to-door searches for those who fled attacks by the security forces.

Demonstrators in Myanmar’s biggest city came out in the night for their first mass protests in defiance of an 8 pm curfew despite fears of getting arrested. Protesters were present to show support for an estimated 200 students trapped by security forces in a small area of one neighbourhood.

The United Nations and foreign embassies situated in Myanmar condemned the violence inflicted by the military. UN Secretary-General Antonio Guterres claimed that he had been following developments in the Sanchaung district and urged for maximum restraint and immediate release of protesters.

The diplomatic missions of the United States, Britain, Canada and the European Union all issued statements urging the security forces to allow the trapped people to return safely to their homes.

Myanmar junta launched raids and arrested dissidents while deploying troops in universities and hospitals across the country.

The crackdown was extended on media outlets especially on those who have been actively covering the protests.

Protesters have been calling for a return to democracy ever since the coup on February 1 as the military ousted the democratic party led by Aung San Suu Kyi and arrested her along with several of her NLD party members.