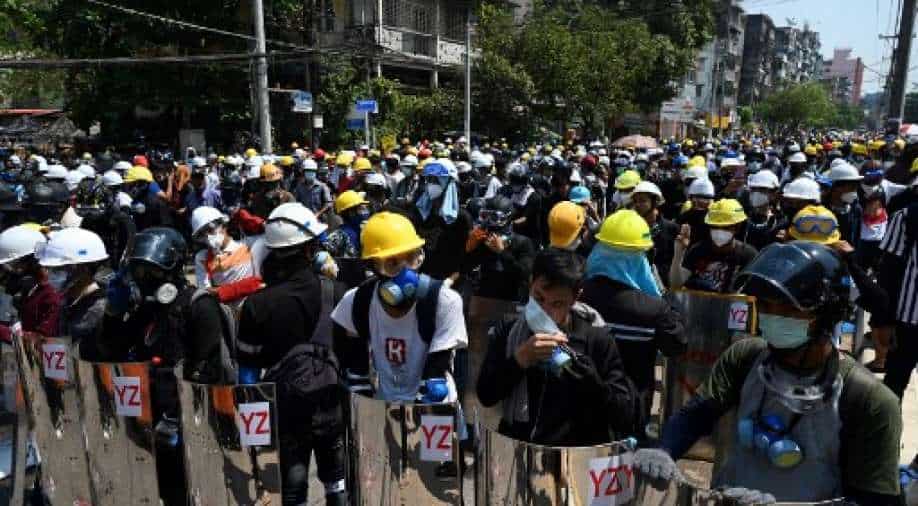 Protesters came out on the streets in Myanmar's northern town of Mandalay and Yangon amid calls for nationwide strike on Monday.

On Sunday, police had fired stun grenades and tear gas to break up demonstrations in Mandalay as several people were arrested.

Meanwhile,  shops, factories and banks were closed in Yangon on Monday after trade unions called for a shutdown. The military said it had arrested 41 people on Monday as anti-military protests continued.

Protesters have been calling for a return to democracy and freeing Aung San Suu Kyi even as the military has intensified its crackdown.  A local campaign manager from Suu Kyi's National League for Democracy (NLD) Khin Maung Latt had died in police custody on Sunday amid reports of torture.

Meanwhile, China said it was prepared to engage "all parties" to ease the Myanmar crisis even as several nations including the United States, UK and Canada have imposed sanctions on the country's military officials.

The protests which have been going on for over a month since the February 1 coup has severely disrupted normal life in the country. The military has imposed a state of emergency for a year which triggered mass protests against the junta.

Heavy security cover has been deployed in Yangon amid reports security forces had taken over several public hospitals.

On Sunday, Australia's foreign minister Marise Payne said the country was suspending its defence cooperation programme with Myanmar even as United Nations Special Envoy on Myanmar Christine Schraner Burgener demanded an end to the "repression" of protesters.