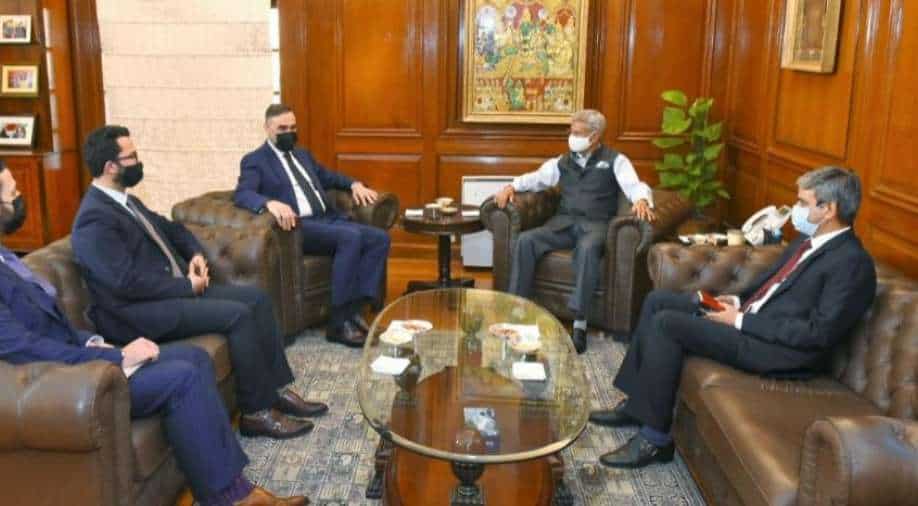 Noor, an ethnic Tajik is the 3rd prominent Afghan leader to visit India in last one month as peace talks in the country accelerate.

Senior Afghan leader and a close ally of India, Ata Mohammad Noor on Wednesday met External Affairs Minister S Jaishankar and Foreign Secretary Harsh Vardhan Shringla in Delhi. During the talks, he briefed about the Afghan Peace Talks or the intra-Afghan talks between Afghan Govt and Taliban and how they are progressing.

Adding, "Appreciated his insights and perspectives on recent developments. India remains committed to peace, prosperity and stability in Afghanistan."

Present during his meeting were Chargé d' Affaires of Afghan embassy Tahir Qadiry and Joint Secretary in PAI division of MEA, JP Singh.

Noor, an ethnic Tajik is the 3rd prominent Afghan leader to visit India in last one month as peace talks in the country accelerate.

In 2016, he personally took up arms back to repel a terrorist attack on the Indian consulate in Mazar-i-Sharif & protected it. During the Taliban rein in the country in the 1990s, Noor had served as a commander in Ahmad Shah Massoud's Northern front.

He is currently CEO of Jamiat Party and in the past served as the Governor of Northern Balkh Province in Afghanistan.