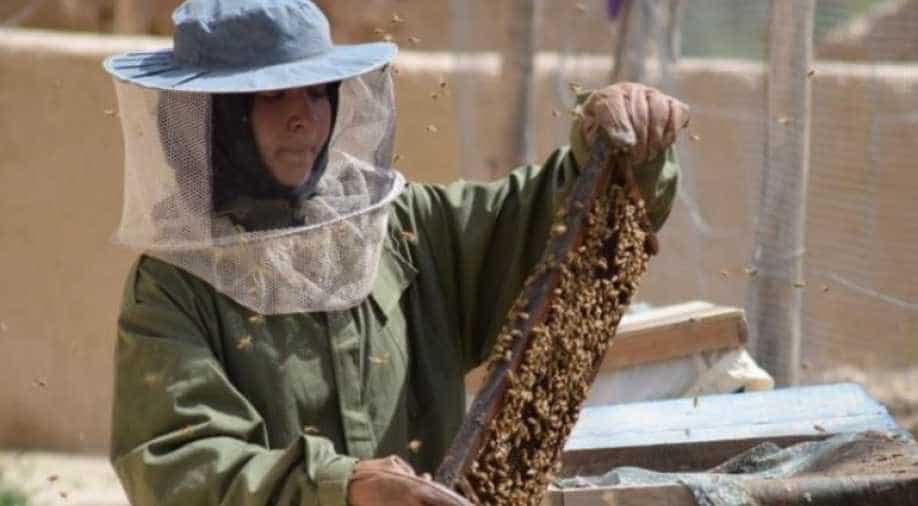 As lockdown measures imposed in March take their toll on Afghanistan's workforce, the government is employing more than 40,000 jobless workers to rehabilitate groundwater supplies

Zaker Hussain Zaheri was making a good living as a cook, until Afghanistan went into lockdown to slow the spread of the novel coronavirus and his work dried up.

Now, instead of cooking food in a restaurant, Zaheri, 28, digs a series of 2-meter-long (6.5-foot) trenches on a mountain in the outskirts of Kabul aimed at saving the city from a water crisis, while at the same time, helping him to afford the daily needs of his spouse and seven children.

"This is a tough job, but I have to do it to earn halal food. Also, I take pride in the reconstruction of my country, this is good for the future of our country," Zaheri told Reuters.

As lockdown measures imposed in March take their toll on Afghanistan's workforce, the government is employing more than 40,000 jobless workers to rehabilitate groundwater supplies for its fast-growing capital.

The project, run by the state's National Development Corporation, uses trenches to capture rainwater and snowmelt that is usually lost through flash flooding, said Sanagr Ahmadi, the project's site engineer.

Planned to run for at least a year, the 12 billion Afghani ($155 million) Kabul water project pays labourers at least 300 Afghanis ($3.90) a day to dig close to 150,000 trenches, along with 17 small dams and spillways on the outskirts of the mountainous Afghan capital.

Afghanistan has joined a growing group of countries that are turning to "green stimulus" projects to address two urgent challenges at once: keeping the economy running through the pandemic and tackling climate change.

Zaheri's eldest daughter, Laila, appreciates the risks her father is taking to earn a living.

"We appreciate that despite the threat of coronavirus, our father works on the mountain to earn money. The rich people don't go out, and they stay at their homes at this juncture, but my father goes out and works for us," she said.

Kabul's groundwater supplies - its primary source of drinking water - have been over-exploited, putting the city of up to seven million people at risk of severe shortages, warn water experts.

A study published in May by the Afghanistan Research and Evaluation Unit (AREU), an independent think-tank, calculated that the city's groundwater levels had decreased by about one meter per year over the past two decades.

Some parts of central Kabul have seen drops of as much as 30 meters over 14 years, the study said.

Meanwhile, Afghanistan, which remains under a lockdown, has recorded 29,715 cases of the coronavirus and 639 deaths as of Wednesday, according to the health ministry.