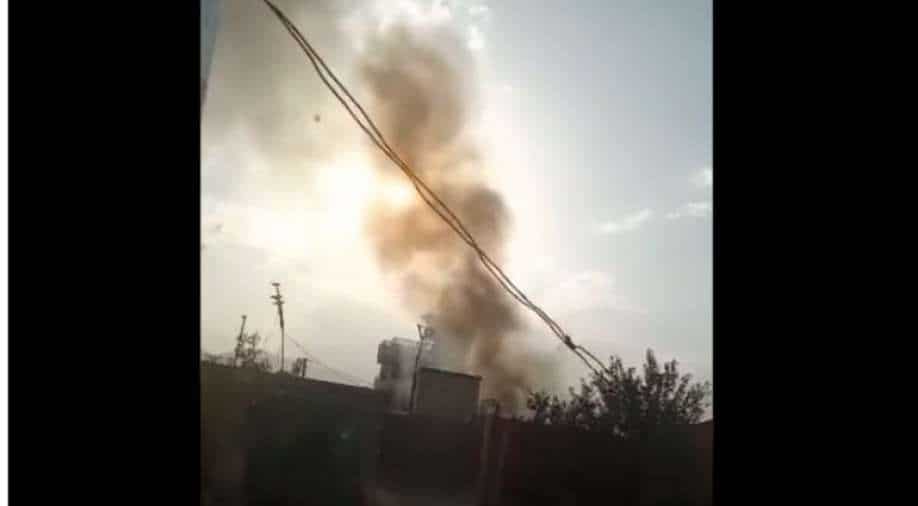 US officials targeted active suicide bombers of ISIS-K in a vehicle who were about to attack the Kabul airport. The vehicle was parked inside the house that was targeted by the US forces on Sunday evening

A little after the US President Joe Biden warned against another possible attack in Kabul, a loud explosion was heard in the capital city of Afghanistan.

While it is not yet clear where exactly did the explosion happen, smoke was seen rising from the Khwaja Bugra area in PD15.

A US airstrike targeted a vehicle carrying “multiple suicide bombers” from Afghanistan’s #IslamicState affiliate before they could target the ongoing American military evacuation at Kabul’s international airport@MollyGambhir talks to @AnasMallick to bring you the details pic.twitter.com/w2e4yh0YMT

US officials have claimed that the US targeted some ISIS-K members through a fresh military strike.

Meanwhile, Taliban spokesperson, Zabihullah Mujahid, has confirmed in a text message to journalists that on Sunday the US  targeted active suicide bombers of ISIS-K in a vehicle who was about to attack the Kabul airport. The vehicle was parked inside the house that was targeted by the US forces on Sunday evening.

The officials claim the vehicle was laden with explosions and now "a substantial amount of explosive material" has been destroyed.

"We are confident we successfully hit the target," a US official told CNN. No civilian casualty has been officially reported yet.

Following the explosion, Taliban have increased security in the area.

This explosion happened a few hours after the US President Joe Biden warned that there is a possibility of another attack near the Kabul airport and the US embassy in Kabul had urged its citizens to stay away from the clear vicinity of the airport.

"The situation on the ground continues to be extremely dangerous, our commanders informed me that an attack is highly likely in the next 24-36 hours," Biden had announced.

While Kabul is once again bleeding by terrorism, Joe Biden and his wife Jill Biden arrived at the Dover Air Force Base in Delaware to pay respect to the 13 members of the US troops who were killed in the deadly Kabul airport attack that took place last week.