Afghanistan holds second round of trilateral dialogue with Pakistan, China 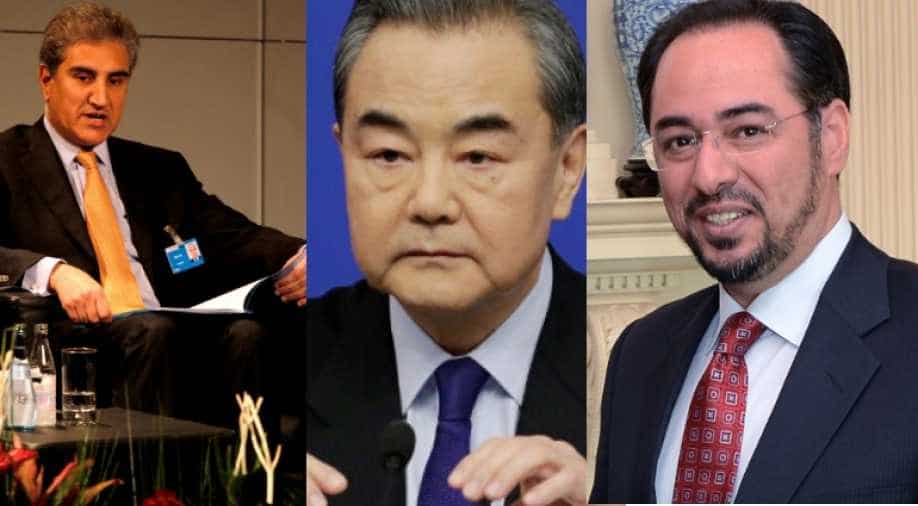 Afghanistan on Saturday hosted a three-way meeting with Pakistan and China to discuss trade and development in the country with a focus on counter-terrorism cooperation.

During the inaugural speech of the trilateral dialogue, Rabbani said that collective efforts are required to address the common challenge of terrorism.

He also said that Pakistan-Afghan relations are rooted in common faith and culture and added that he desire to strengthen their relations.

This was the second round of the trilateral dialogue Beijing initiated last year to help ease political tensions between Islamabad and Kabul.

Qureshi is also expected to meet Afghan President Ashraf Ghani during his visit. This is his second visit to Afghanistan since assuming office this year.

Pakistan and Afghanistan are trying to improve ties despite lingering suspicions and mistrust about each other.

The Taliban are fighting to flush out international forces and re-establish their regime in Afghanistan after their ouster in 2001.

China, a close ally of Pakistan, has lent tens of billions of dollars to Pakistan and the two have forged close economic ties as part of Beijing's "One Belt, One Road" policy of expanding trade links across Asia.