Afghanistan: At least 17 killed in car bomb blast hours ahead of Eid ceasefire 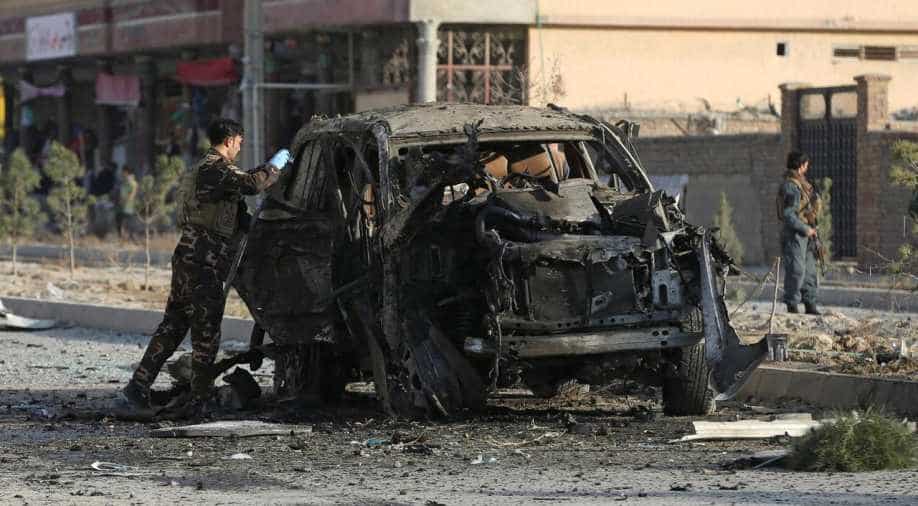 The interior ministry confirmed the attack, which took place hours before a three-day ceasefire agreed between the Taliban and Afghanistan.

At least 17 people were killed and 21 others injured as a car bomb exploded in an Afghan city south of Kabul on Thursday, just hours ahead of the Eid ceasefire.

"Seventeen bodies and 21 wounded people were brought to our hospital," Sediqullah, a senior doctor in the city of Puli Alam in Logar province, told news agency AFP.

The interior ministry confirmed the attack, which took place hours before a three-day ceasefire agreed between the Taliban and Afghanistan.

It has not been confirmed yet, who is behind the explosion.

Earlier this week, both sides agreed on a temporary stoppage of the fighting, only the third such move in almost 19 years. The ceasefire would come in force on Friday and will continue till the duration of the Eid-Al-Adha festival.

Taliban, late on Wednesday announced they would complete the release of their part of the agreement to release government prisoners by Eid as a "goodwill gesture".

Under the historic deal signed between the terror group and the US, the Taliban was asked to release 1,000 people of Afghan forces, while Kabul would free 5,000 Taliban terrorists.

Afghanistan President Ashraf Ghani and Taliban have said peace talks between both the sides would start once the prisoner exchange is completed.