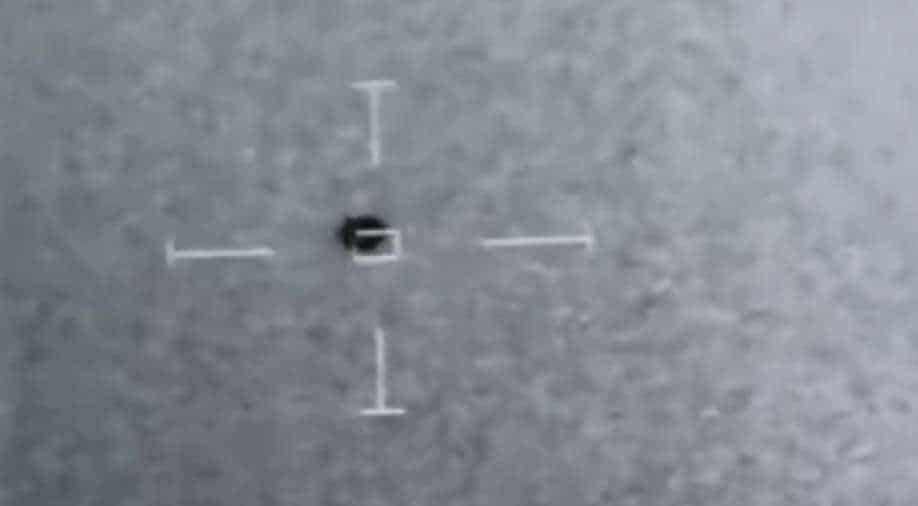 In the readings, multiple UFOs flew around the military ship, which were spotted by Navy sailors on a radar screen in July 2019. The voices of sailors can be heard in the clip as the radar shows nine different objects coming close to the ship, before disappearing off the coast in San Diego, California.

The readings were shared by documentary filmmaker Jeremy Corbell, who is known for sharing such findings of unexplained aerial phenomena. In the reading, objects were captured on night vision and infrared attempting to encircle the shop before completely disappearing.

2019 US Navy warships were swarmed by UFOs; here's the RADAR footage that shows that. Filmed in the Combat Information Center of the USS Omaha / July 15th 2019 / this is corroborative electro-optic data demonstrating a significant UFO event series in a warning area off San Diego. pic.twitter.com/bZS5wbLuLl

According to Corbell, the objects could have gone above or below the radar range. "It's moving above the capacity for that radar to see it or, they're moving below, which would mean into the water," Corbell told “Today”.

A Pentagon spokesperson confirmed to NBC that the radar clips were taken by US Navy without explaining how they were fetched.

On Monday, former US President Barack Obama further fanned the flames after he told James Corden that he enquired about UFOs during his presidential term.

"There's footage and records of objects in the skies that we don't know exactly what they are… We can't explain how they moved their trajectory. They did not have an easily explainable path”, Obama said.

But does it mean they were aliens? Entirely possible, but not necessarily. While UFOs are perceived through its pop culture interpretation including aliens, the radar readings could represent other forms of aircraft including drones. Next month, American intelligence agencies are set to unveil a report on UFOs.

Also read: UFO sightings in US rose sharply during the pandemic, data reveals