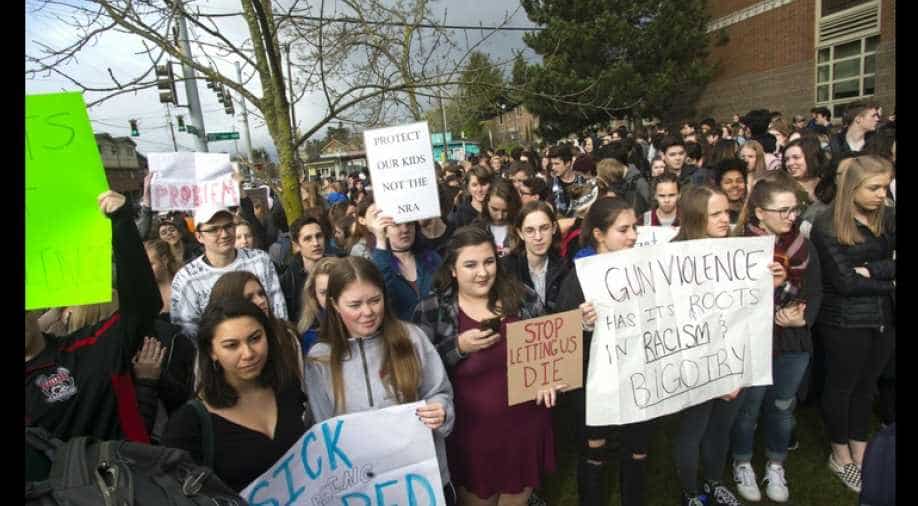 The US would do well to address racism and police brutality at home before preaching others.

It's not the first time and it's certainly not going to the last time. The US is going to preach human rights to every country in the world.

They have been at this game for decades, but this hypocrisy has been a historical constant.

Since the US is extremely interested in calling out other countries over human rights violations, we intend to compile America's very own dodgy track-record as far as rights are concerned.

On WION edit, we will have a brief look at this crucial issue.

Let's go back to the US and its infamous rhetoric - the so-called war on terror.

Public memory is short, and hence, it's important to narrate some dark tales over and over again.

And there isn't a darker tale than Abu Ghraib. The US army and central intelligence agency committed some of the most brutal crimes against humanity at the Abu Ghraib prison in Iraq.

The photographs that emerged out of Abu Ghraib shook the conscience of the world.

And orders to commit such crimes came from the US Department of Justice itself -- these documents that authorise brutal interrogation techniques were called 'torture memos'.

This is the same US that's preaching human rights to other countries.

Initially, the US denied the reports. Then the bush administration made 17 soldiers as scapegoats, of which only 2 US soldiers spent a reasonable prison time.

This is America's dark face - one that the US doesn't want anyone to see. When Abu Ghraib torture came to light, the US called it an isolated incident. But, isolated incident - it surely was not and that got proved in the Guantanamo bay episode.

Soon after the September 11 attacks, the US established Guantanamo Bay as the place to hold people perceived to be 'enemy combatants'.

Guantanamo did not come under any law - neither the laws of the United States nor international laws.

What followed was another chilling set of crimes against humanity. The US placed nearly 800 people in the Guantanamo Bay detention centre.

No charges, no trials. People held for indefinite periods of time, with no charges. And at the heart of this violation was a lie - the Bush administration said that a bulk of prisoners in Guantanamo Bay were captured from Afghanistan.

Facts prove otherwise, this is mass torture without legal recourse.

And Barack Obama - the Nobel Peace laureate did not close down Guantanamo Bay. The detention centre functions as we speak.

This is par for the course for the US. The brutal treatment and scant respect for human rights is not just for external captives.

At home, the US police shoot down nearly a thousand people every year and racism, white supremacy and xenophobia are the guiding principles.

Given this context, it's important to understand why the US is raking up china's abuse of human rights in Xinjiang.

First, it's a bargaining chip in the trade talks. Second, it's a distraction from the impeachment proceedings that could derail Trump's presidency.

With such a brutal track-record, the US would do well to address racism and police brutality at home before preaching others.