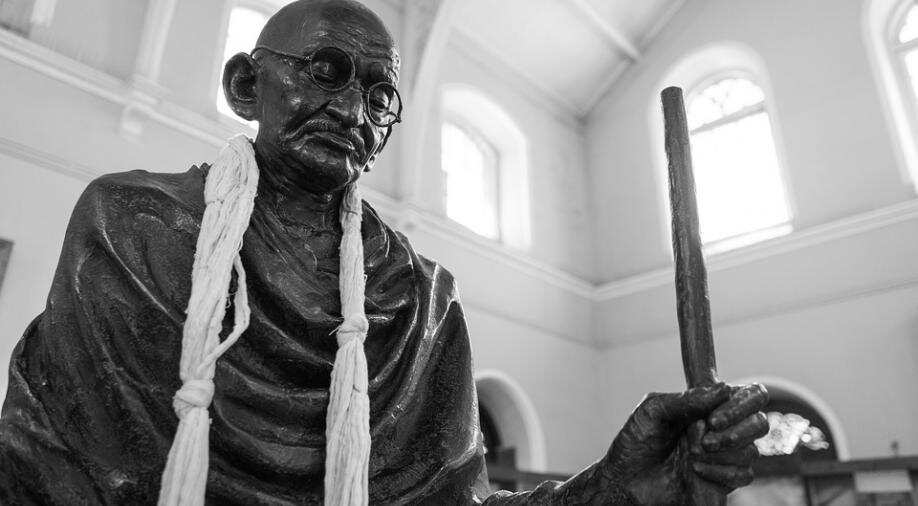 To understand Mahatma Gandhi’s psyche, therefore, one has to visit his ideas on the arts, literature and their creators.

Few other public figures have inspired artistic imaginations as sustainably as Mahatma Gandhi had done. Here was a man who hardly watched films, rarely attended a concert of classical music and demonstrated no great interest in Western-style modernism in the visual and performing art forms.

To understand Gandhi’s psyche, therefore, one has to visit his ideas on the arts, literature and their creators.

On December 10, 1931, he told Romain Rolland: “I am against the formula of ‘art for art’s sake’. For me, all art must be based on truth.” Seven years later, he said, “We have somehow accustomed ourselves to the belief that art is independent of the purity of private life… I can say that purity of life is the highest and truest art. The art of producing good music from a cultivated voice can be achieved by many, but the art of producing that music from the harmony of a pure life is achieved very rarely.”

Beauty, to Gandhi, emanates from truth and purity of life. “Truth is the first thing to be sought for, and beauty and goodness will then be added unto you…” His love and appreciation for the works of Tolstoy, Ruskin, Thoreau, Tagore and for the painting and artwork of Nandalal Bose as well as the musical renditions by M S Subbulakshmi, Juthika Roy and Pandit Omkarnath Thakur should perhaps be seen in this context.

While Gandhi was steadfast in his ideas, he was not unaware of his own limitations. About Nandalal Bose of Santiniketan, he commented, “For, he is a creative artist and I am none. God has given me the sense of art, but not the organs to give it a concrete shape. He has blessed Nandalal Babu with both”’ On another occasion, “I am not an art student… I do not write or speak about it because I am conscious of my limitations. My functions are different from the artist’s and I should not go out of my way to assume his position.” He used the services of Bose for the Congress sessions and exhibitions and was all praise of his artistic genius.

About Oscar Wilde, his comment, “Wilde saw the highest art simply in outward forms and, therefore, succeeded in beautifying immorality…” may appear dated and puritanical in the context of today’s sensibilities, but Gandhi hits the nail when he says, “On the other hand, truth may manifest itself in forms which may not be outwardly beautiful. Socrates, we are told, was the most truthful man of his time and yet his features are said to have been the ugliest in Greece. To my mind, he was beautiful because all his life he was striving for truth…”

Gandhi read and wrote extensively, and travelled incessantly. He was self-luminous, experimenting continuously with himself, and was so immersed in the ‘real’ issues of life, that he hardly had time or perhaps even the inclination to be enriched by ‘fiction’. His once observed, in the context of Gujarati literature, “The less we revel in the realm of the fiction, the better for us.”

His aversion to the cinema and his refusal to see any good in it stemmed from his understanding that cinema, of dance and music, is primarily for amusement and exerts a malefic influence on society.

He was persuaded to meet Charlie Chaplin, impressed him a great deal, but never showed any interest in his work. Late in his life (1943-44), he condescended to watch two movies, Vijay Bhatt’s Ram Rajya and Curtiz’s Mission to Moscow. He apparently did not comment on either.

During his lifetime, many socially relevant films were made on issues dear to him, but he refused to see much merit in cinematic art. Gandhi’s attitude to the theatre was also almost similar.

He was more interested in music, but of a special variety. Invited to a performance by the great Ustad Abdul Karim Khan at the residence of Dilip Kumar Roy, Gandhi reportedly started collecting subscription for Congress party in between.

On Gandhi’s request, Gauhar Jaan performed for a charity show, but Gandhi eventually shied away from attending the function himself. He may not have had an interest in the subtleties of pure classical music, but he used to enjoy bhajans. Subbulakshmi’s rendition of a Dikshitar Kirti Mamava Pattabhirama…was deeply appreciated. Post-independence, Gandhi wanted her to sing and record Hari Tum Haro… and reportedly said that he would rather have her speak the bhajan than have anyone else sing it!

Gandhi also liked the devotional songs by Juthika Roy whose records used to be played before his prayer meetings. Vishnu Digambar Paluskar composed the music for Gandhi’s favourite Raghupati Raghava…About Omkarnath Thakur, Gandhi is believed to have said: “Pandit Omkarnathji can achieve through a single song of his what I can achieve through several speeches.”

He was also fond of the singing of Dilip Kumar Roy and named his protégé Uma Basu as the ‘Nightingale of Bengal’. No wonder he admitted that he would have died of the crushing burden of work “if there was no music and no laughter in me.”

Gandhi read Tagore in translation since his yearning to learn Bangla had to wait till the last days of his life. His favourite song ‘If no one responds to your call, walk alone, walk alone’ used to be sung during Gandhi’s days at Noakhali. After the Poona Pact was signed, Gandhi’s fast was broken with Tagore himself singing ‘When the heart is hard and parched up, come upon me with a shower of mercy’.

He was often criticised, misunderstood and not considered a connoisseur of the arts, but he continued pursuing his own goals. This may be reflective of an orthodox attitude that almost borders on the spiritual, not in sync with the prevalent western mores, but Gandhi’s approach in this regard has not been inconsistent with his philosophy of life.

Author is a retired IAS officer. He has also served in the private sector and with the UNDP