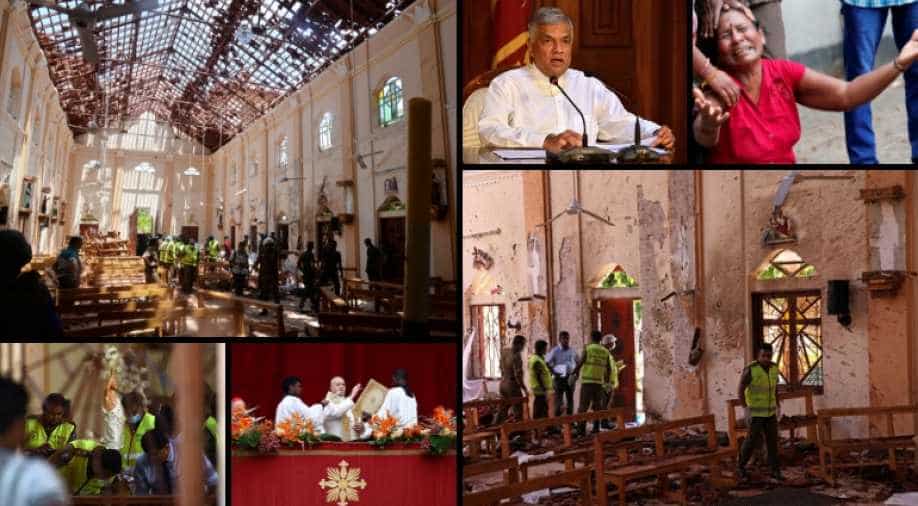 For a country that had defeated the deadly Tamil Tigers, the prospect of renewed terrorism from Muslim radicals from within and next door must be numbing.

The Palm Sunday serial suicide attacks are the worst in Sri Lanka’s history, shattering its ten-year long tryst with freedom from terrorism following a 30-year civil war which ended in May 2009. Sri Lanka has known 539 suicide attacks by Tamil Tigers on land, at sea and in the air. The latest attacks have revived the ghosts of domestic wars fought with the Marxist JVP and secessionist Tamil Tigers and will have a long term impact on politics and society.

The economy already under stress, is expected to take a big hit. Worse, a dysfunctional government shows no signs of getting its act together as President Maithripala Sirisena and Prime Minister Ranil Wickremesinghe remain at loggerheads. A stable and alert government could have avoided the Palm Sunday tragedy.

As it struggles to conquer the trauma, horror and loss after the attacks that left over 350 dead, it is clear that they carry the IS signature and a connect between the IS hub in the Maldives and the local radical Thowheed Jamath is being made. Seven local Muslim suicide bombers could not have been born overnight. Sri Lanka is also coming to terms with reality: that it could take months, maybe up to a year, for the economy of the Island state to recover; that religious friction never seen before is now a fact of life; and that if the political leadership had been decisive and united, 300 or more people would not have had to die.

The tourist industry has virtually collapsed when it was just reaching its peak. Tourism makes up about 5 per cent of the Indian Ocean island’s $87-billion economy supporting about 1 million jobs. It is also the third largest source of foreign currencies. Tourists from India contribute a sizeable chunk, especially after the Goods and Services Tax (GST) makes it cheaper for companies to hold conventions and offsite meetings in neighbouring destinations. In 2018, a total of 397,985 Indian tourists visited Sri Lanka as against 384,628 in 2017. But after the attacks, there is a 41 per cent increase in cancellation of departure bookings for Sri Lanka from April 21 to 27 from India, with a 17 per cent drop in enquiring customers.

Sri Lanka needs a constant flow of currency to keep up payments on its foreign debt which amounts to about 80 per cent of the country's annual economic output. And it is rising. Much of it is owed to countries in currencies other than the Sri Lankan rupee (LkRs). In 2018, Moody's and Fitch both downgraded the Sri Lankan government's credit rating raising doubts over its ability to repay its debts. If investors lose confidence and pull out, the nation's currency could weaken further.

However, it is national morale and belief in politics that has taken the biggest hit. Relations between President Maithripala Sirisena and Prime Minister Ranil Wickremesinghe have been strained since Sirisena tried to replace Wickremesinghe with opposition leader Mahinda Rajapaksa as prime minister in 2018.

The move failed, Wickremesinghe was reinstated on the orders of the Supreme Court, but ever since, the President’s office and the Prime Minister’s secretariat have been at loggerheads, stymying each other and withholding information from each other. The church attacks that the government has now confirmed were carried out by a Daesh front called Thowheed Jamath, could have been prevented had the President (who controls defence ministry, intelligence and internal security) shared with the rest of government, intelligence warnings from international agencies that the country got nearly two weeks ago. There is no evidence that the government has learnt any lessons and two parallel enquiries – one directed by the president and the other by the prime minister – have been ordered into the circumstances of the intelligence failure.

Although the island nation has seen nearly three decades of violence from a racial insurgency with its roots in the Tamil minority northern region, even at its peak, insurgents did not target places of worship. Sri Lanka is poly-religious with Christians and Muslims among both Tamils and Sinhala races. Tension has been reported lately between the Sinhala Buddhists and Muslims but not on a threatening scale. This attack will likely sharpen religious differences, introducing a new element in society and politics. Elections for a new Parliament are due in the summer of 2020 and a new president must be in place before January 2020. President Maithripala Sirisena has made no secret of his ambitions of another term. But after this attack, the prospects are doubtful.

A state of emergency has been declared giving the President extraordinary powers under the Prevention of Terrorism Act and Public Safety Order. For a country that had defeated the deadly Tamil Tigers, the prospect of renewed terrorism from Muslim radicals from within and next door must be numbing. As Commander of the IPKF who had operated in the north and east of Sri Lanka and seen the northern and southern insurgencies of the 1990s, I worry for Sri Lanka. The sense of triumphalism after winning the war against Tamil Tigers has engendered extreme Sinhalese chauvinism and encouraged Sinhala Buddhist extremist groups like Bodu Bala Sena to target the relatively more prosperous Muslims in Kandy and the suburbs of Colombo. The anti-Muslim rioting last year by BBS which was politically motivated spun out of control requiring a national emergency to be declared.

Unless the President and Prime Minister bury the hatchet and deal with the consequences of the Palm Sunday blasts apolitically, Sri Lanka could face the prospects of another internal conflict and kill Colombo’s ambitions of becoming another Singapore. It is the right time for India to gently provide intelligence and investigative expertise and also full cooperation by the government of Tamil Nadu. Any widespread discord and civil disturbances have the potential to spill over into India.

India, Sri Lanka and the Maldives have a trilateral agreement for joint patrolling in the waters of the Indian Ocean to ensure no inimical coastal landings or escapes take place. Sri Lanka will be in mourning for a long time and the victory flag that has fluttered since after 19 May 2009 victory over terrorism at Galle Face Green will be lowered at half mast. After ten years of freedom from terrorism, Sri Lanka has lapsed into bad times. 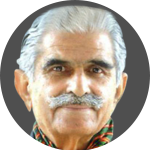 Ashok Mehta was Major General from the Indian Gorkha Regiment who fought in all wars after 1947. He has been a columnist since 1991 and author of books and monographs on Nepal, Iraq, Sri Lanka and issues of defence and national security