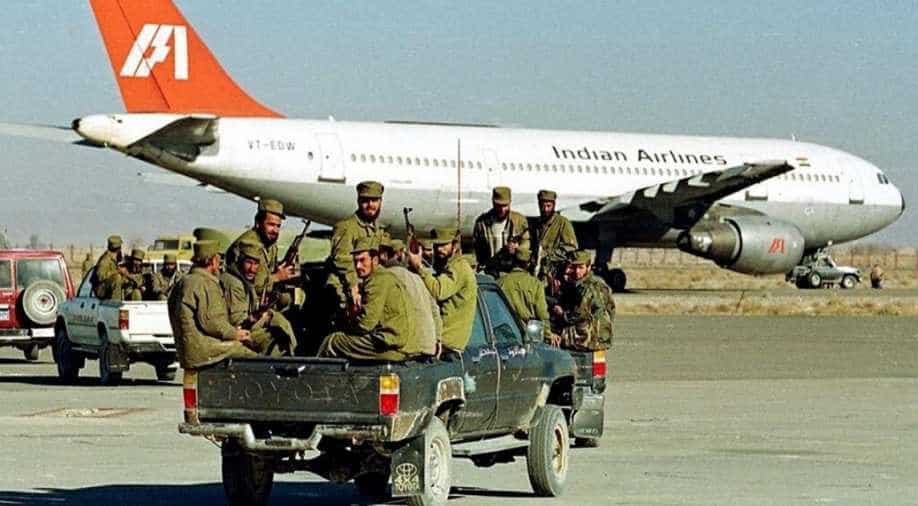 I got information that India had succumbed to the demands of the hijackers and had decided to release three dreaded terrorists.

It must be the late afternoon of winter on December 24, 1999 — as I was planning to attend a Christmas eve party — I got a call from a source of mine telling me that an Indian airlines plane has been hijacked.

Stunned as I was, I began checking the details – it was an IC 814 Kathmandu- Delhi Flight with 176 passengers on board. Those were the days, you had very few private news channels. As I finished talking to my source, a friend of mine from a private news channel was calling. I told him, "Wait! Big news is emerging, an Indian plane has been hijacked."

He asked me if he could break the news on the channel, I said ''go ahead'' as I was working with a TV news agency with no rivalry.

A flurry of activity began in our office – rushing camera teams to the airport, alerting various bureaus and other team members about the incident.

We had a bureau in Amritsar, so I called my correspondent and asked her to rush to the Amritsar airport as the hijacked plane was likely to land. By the time she had arrived at the airport, IC 814 was landing on the runway.

Probably, from what I remember now, she was the only correspondent at the airport and soon word went around and private news channels in India and International news channels wanted to get a live phone interview with her.

And soon, she was on all possible channels. While the drama was unfolding in Amritsar, here in Delhi, the government led by Atal Bihari Vajpayee was in a huddle.

Soon our reporter in Amritsar called to say the plane was about to take off.

In Delhi, the Crisis Management Group (CMG) was deliberating on various points, while in Amritsar, security personnel were ready to storm the plane.

In the absence of any guidance, the security personnel were not able to stop the plane from taking off.

I immediately called my source asking about the flight path IC 814 was taking – sitting in ATC – he told me that it seemed that it was headed for Lahore, and it did land at Lahore.

Drama followed at the Lahore airport – the relations between India and Pakistan were far from cordial – earlier in the year, the Line of Control had witnessed incursions by Pakistani troops who had occupied the heights in Kargil but later they had to retreat. The Indian authorities were struggling, but the plane was refuelled and allowed to take off again.

Now the scene shifted to Dubai – where certain passengers were allowed to disembark by the hijackers including passenger Rupen Katyal who was stabbed several times and then thrown on Dubai tarmac. Again, Indian authorities were in touch with the UAE government for a possible security operation, but they too didn’t cooperate.

My source was supplying me with constant information. He called again and told me that the plane had taken off from Dubai and was heading towards Kandahar in Afghanistan. I was shocked. Kandahar was the seat of Mullah Omar – the dreaded one-eyed chief of Taliban.

After a short flight, the plane landed in Kandahar and was soon surrounded by Taliban militia. This started a week-long saga of negotiations. The relatives were getting restless and private news networks were constantly focusing on this story. The government was trying to calm frayed nerves, but the public pressure was increasing day by day.

Days passed and finally, it was in the early afternoon of December 31, 1999 that I got information that India had succumbed to the demands of the hijackers and had decided to release three dreaded terrorists – Maulana Masood Azhar, Mushtaq Ahmed Zargar and Ahmed Omar Saeed Sheikh in lieu of the IC 814 passengers.

And it was decided at the top level that the then External Affairs Minister of India Jaswant Singh would be travelling in a special plane to Kandahar to bring back the passengers. I rushed to meet a friend of mine who was the Joint Secretary in External Affairs Ministry to try my luck. I requested him that I would like to travel on a special flight to Kandahar. He was very forthcoming but told me that he needs to get clearance from the minister. I kept sitting outside his office in anticipation along with my camera person.

Finally, my cellphone rang the Joint Secretary told me I am on board and I should rush to the technical area at Palam airport. This is the area from where all the VVIP flights take off and land. I was excited. I called my office and informed them about this trip. And we rushed to the airport, our names were at the entry gate while hundreds of journalists were waiting at the gate of the airport. We were allowed in and immediately ferried in an IAF gypsy to the tarmac.

As we were alighting from the car, I saw a tinted gypsy car parked. A deputy secretary officer and a friend of mine pointed to it and said have a look – in the car are seated the three dreaded terrorists. I was curious and wanted to see the faces. I went closer and saw the three seated.

A shrill went through me. And my mind was all muddled up. Suddenly, I heard someone calling me. I walked towards him, my passport and my colleague’s passport were stamped, and we were asked to board the special flight. I went in and had barely settled. Again, an officer from the protocol division of MEA came running towards me and we are asked to deplane. I was confused. And went to the joint secretary friend of mine and questioningly looked at him. He told me the top editors and owner of certain organisations had called the top political leadership and subsequently, the EAM was advised not to take me on the trip.

Thus, ended my trip to Kandahar. Rather my trip was hijacked too. The feeling I got after seeing the three terrorists remains with me. And, Bees Saal Baad I can see their faces clearly. Rest is history.