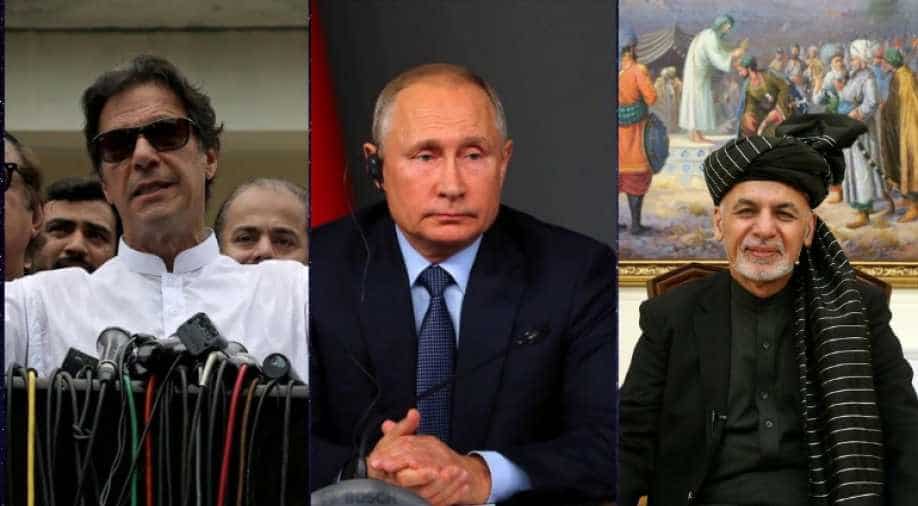 Russia has truly entered the "great game" in Afghanistan. First, the Putin regime a few days ago hosted the Taliban and former Afghan President Hamid Karzai in Moscow, just a few days after the US concluded its Doha talks with the Taliban.

It was an attempt by Russia to show it would not be sidelined in Afghan peace talks even decades after the Soviets left the country humiliated by the jihadists, the forerunner of the Taliban.

Now, Russia has its eyes set on Pakistan. Last year it had signed an intergovernmental agreement with the Pakistan government to discuss ways in which to import liquefied natural gas (LNG) to Pakistan, one of the biggest markets of the gas in the world.

Last Friday, Putin's regime signed a provisional agreement with the Imran Khan government to allow state-run gas major Gazprom to conduct a "feasibility study" to construct an offshore pipeline to supply natural gas from the Middle East into Pakistan.

Both the LNG project and the latest Gazprom deal have raised eyebrows in Washington with US sanctions underway against Iran.

A few days ago Iran's oil minister Bijan Namdar Zanganeh had said the country had accepted a "Russian proposal" to construct a sub-sea pipeline for exporting natural gas to India. The pipeline would link Gujarat to the Guly of Oman through the Indian Ocean.

The Russia-Iran-India pipeline would reportedly carry 31.5 million cubic meters gas per day to energy-starved India. Iran's oil minister had said Russia had already reached an "understanding" meaning a MoU on the pipeline last year with preparations underway to get it ready in two years.

Russia was the undisputed power as a natural gas supplier after World War-II, however, it was overtaken by tiny Qatar which became the world’s largest exporter of liquefied natural gas.

In December last year, Qatar pulled out of OPEC as relations between Qatar and Saudi Arabia nosedived and the oil body turned its back on it. Qatar now seeks to increase its natural gas production, a fact not lost on the Russians.

Qatar is currently the largest supplier of LNG to India and is keen to increase its market share in the country. Qatar supplies 8.5 million tonnes a year of liquefied natural gas to India which is 40 per cent of India's energy shipment.

The Putin regime has increasingly played the "energy game" with markets in Europe, however, the Europeans are slowly breaking away from traditional energy sources and moving towards renewables namely solar and wind power. Germany already has a solar policy in place and hopes to exploit its wind turbines as it powers its economy on clean energy, other countries - Norway, Sweden, France hope to follow suit in order to balance climate change with economic concerns.

Security concerns also weigh on Europeans and Americans, after all, Gazprom had cut gas supply to Ukraine after it failed to pay up. The West also fears a re-run of the oil crisis in the 70s when OPEC had cut oil supply to the US, UK, Canada, the Netherlands and other countries due to its support for Israel during the 1973 Arab-Israeli conflict in which the Arab coalition forces were soundly beaten by PM Golda Meir's military.

As the "cold war" continues between the West and Russia over a whole host of issues from arms race, the alleged poisoning of a Russian agent in the UK at Salisbury, as a result, the trio of Trump, May and Macron don't want to take any chances.

According to the  International Energy Agency(IAEA), in 2016, the share of LNG's share in the global gas market was a remarkable of 42 per cent which is expected to reach 53 per cent by 2040 even as Europe's production halves in the same period. In order to ensure energy security, the US has now entered the LNG market in a big way as it does not want to cede ground to the Russians in the "great game".

Europe is Gazprom's biggest market with record exports reached last year. Russia has been dependent on its oil and gas reserves to service its debt and power its economy since the Soviet era, the dynamic is not going to change anytime soon.

Asia-Pacific headed by China and India now presents the biggest natural gas market in the world. The region currently accounts for 72 per cent of global LNG demand, Putin, therefore, is making every effort to open "gas channels" in India and hopefully involve China, Pakistan's biggest ally in the region. In the future, an India-Pakistan-China gas pipeline powered by Russia cannot be discounted.