Congress's Mumbai blues: Locals vs outsiders at heart of the debate 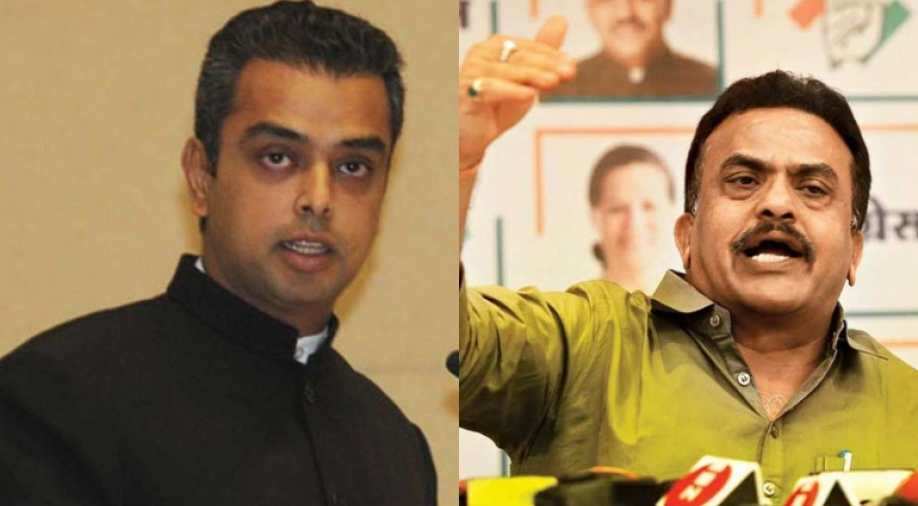 Whether Sanjay Nirupam should be replaced and Milind Deora be made the Mumbai Congress chief is again a matter of strategy.

Nothing is permanent in Indian politics. Right after a triple victory in Assembly elections, Congress lost Jind in Haryana and Mausam Noor shifted her loyalty to TMC from Congress in West Bengal.

In this context, what has happened in Mumbai is also not a small development. It has brought out fissures in the party in open before the Lok Sabha elections.

Senior leaders have addressed internal issues in public drawing strong attention of the ruling dispensation to the state of affairs within the Congress.

Today, Mumbai Congress stands split wide open over the issue of leadership and choice of candidates. Ticket distribution has dominated the reportage but the real reason for the tiff lies elsewhere. The fight also brings out the tussle between who started their political career from Congress and those who joined after having a career in regional parties.

In this case, for Mumbai Congress president Sanjay Nirupam - Shiv Sena will always remain a baggage.

A lot of local leaders within the Congress feel that Mumbai Congress is on the verge of becoming a casualty of identity politics. Mumbai’s electorate is primarily divided among Marathi, Gujarati and people from North India.

Leaders like Milind Deora feel that aggressive polarisation between communities has upset Gujarati and Marathi communities in Mumbai. Some local politicians believe that aggressive identity politics done by past party presidents like Kripashankar Singh, Janardan Chandurkar and present chief by Sanjay Nirupam have alienated the Gujarati and Marathi votes from the Congress. This section feels that strong identity politics is Shiv Sena's domain and Congress should not walk the same path as it is a recipient of votes from broad section of the society.

Many leaders in Congress admit that aggressive politics on identity is a departure from the politics of the earlier era. Rajni Patel was a Gujarati who could manage a broad spectrum of communities for the Congress. Murli Deora was a Marwari who stayed as Mumbai Congress president for 22 years.

On the other hand, the detractors argue that Marathi votes would get divided between all the parties in the fray in Mumbai, and Gujarati votes are, anyways, predisposed towards Prime minister Narendra Modi, and hence, the strategy to go after the North Indian votes is a good one.

But all these perspectives instead of being discussed behind close room are being debated in public.

Subsequently, the squabble has found expression in ticket distribution in Mumbai. Who gets which seat is a big question. Whether Sanjay Nirupam should get Mumbai North West or Congress spokesperson Priyanka Chaturvedi or Kripa Shankar Singh is a matter of debate.

Whether Sanjay Nirupam should be replaced and Milind Deora be made the Mumbai Congress chief is again a matter of strategy.

But if Congress does not put its own house in order then it would be in no position to fight BJP-Shiv Sena combine in Maharashtra. It should worry the Congress leadership in Delhi. When Congress beat BJP in 2009 Lok Sabha elections, it did very well in both Mumbai and Delhi. Both cities represent a cosmopolitan idea of India and unfortunately, the party lies in a disarray.