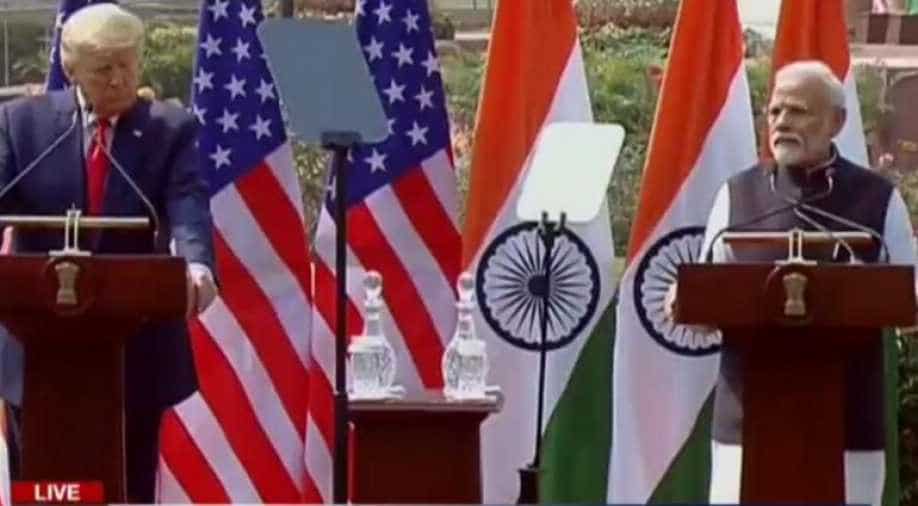 India witnessed an unprecedented welcome for a foreign head of state, it was the biggest crowd that US President Donald Trump has ever addressed.

India left no stone unturned to throw a grand reception for the American President. It's a visit that will be remembered for the pictures and the bonhomie between President Donald Trump and Prime Minister Narendra Modi.

This visit certainly overshadows all previous State visits by American Presidents. Trump used this opportunity to cement his relationship with Prime Minister by the end of his trip.

The status of this relationship has now been elevated - India and America now call their relationship 'a comprehensive global partnership'. This is a significant move - experts see this as a vow by both parties to prioritise their partnership over other partners.

The conversations between America and India will now be closely watched, both sides are expanding their defence alliance. There is broad support over the issue of terrorism.

America has endorsed India positions on issues like Kashmir and the Citizenship Amendment Act (CAA). There is renewed momentum to settle trade differences - both sides are now considering a major agreement that could be signed before the end of this agreement.

Also Read: A new era of India-US relations has begun

President Trump would prefer that the deal comes through before the Presidential elections in November. Both sides are sending the right signals, its time for India to now push for tangible gains.

There are several outstanding issues on the list. The major one is Visas  - a report claims that the number of Indians on the waitlist for a US Greencard rose by 35 times.

America has supported India's bid for a permanent seat at the UN Security Council, a renewed diplomatic campaign for United Nations reforms is long overdue.

The fact that Trump took out time for a visit to India in an election year is a victory for New Delhi.

It's becoming increasingly clear that the Indo-American alliance can play a definitive role in redefining the world order in the 21st century.

Irrespective of who wields power in the White House in the coming years  - America and China will have an uneasy relationship. In fact, more clashes between both sides can be expected in the future.

Such circumstances will lead to a greater role for India in the region. It is likely that American businesses would look at India to protect their investments.

Washington will depend on New Delhi for a security partnership to protect its interests in the Indo-Pacific region. Trump's visit has heightened expectations from the Indo-American alliance. The world now expects more from India and the United States in the coming months.