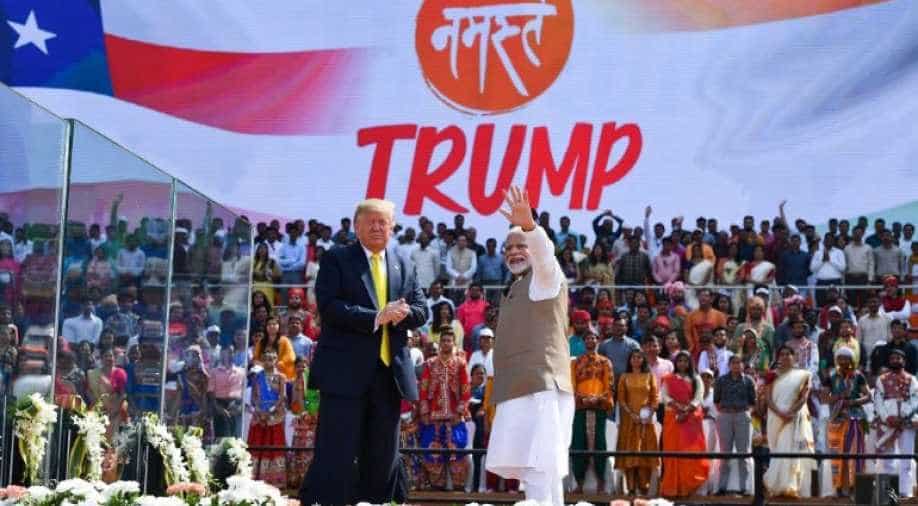 An India-US partnership has the capability of addressing all those issues and help to ensure peace and prosperity in the Indian- Ocean region.

US President Donald Trump’s brief, but substantive, visit to India heralds a renewed US-India partnership designed to address the challenges of the 21st century.

It is difficult to overstate the importance of this partnership, one that has the potential of having a profound impact on the geopolitical dynamics.

Agreements in principle were reached between India and the United States in the areas of defence and security, trade and energy.

However important the others, defence and security will be the foundation of this renewed partnership.

The strategic conditions in the Indian Ocean region are rapidly changing. We see the emergence of China as an economic predator. We know China wants to expand militarily into the Indian Ocean. Pakistan continues to use terrorism as an instrument of its foreign policy. The withdrawal of American forces from Afghanistan could create a strategic vacuum.

An India-US partnership has the capability of addressing all those issues and help to ensure peace and prosperity in the Indian- Ocean region.

As was the “Howdy Modi” event in Houston last year, the pomp and pageantry of President Trump’s visit to India was an essential component of the optics of diplomacy. India and the United States are democracies and need to rally their citizens in support of the renewed partnership.

The next major milestone will be a trade agreement.

Bilateral trade between India and the United States more than doubled in value between 2008 and 2018. It is, therefore, no surprise with such a rapid increase in the volume of trade that areas of contention would arise.

Specifically, the removal of the Generalised System of Preferences (GSP) for India, and India’s reciprocal tariffs prompting the Trump Administration to impose new steel and aluminium tariffs on India, all of which has created obstacles to a comprehensive trade agreement at this time.

It is important to note, however, that the GSP program was designed for developing country and India can no longer be considered as a member of that category, but as a rising global economic power.

President Trump, long a supporter of fair trade, sees India as an equal trading partner and seeks an arrangement that is both balanced and mutually beneficial.

There is a general consensus among Indian and US officials that all outstanding trade issues will be resolved and a major trade agreement will be signed within a year.

The $3 billion military helicopter deal signed during the President’s visit was the leading edge of greater trade between India and the US, as well as, a complement to increase defence cooperation.

It is no accident that the United States renamed its Pacific military command to the Indo-Pacific Command emphasising the importance of the Indian Ocean region and India as its pivotal nation.

The national interests of India and the United States are converging.

Last November, the US and India completed their most expansive joint military exercises in history amid efforts to coordinate more effectively concerning the defence and security challenges in the Indo-Pacific region.

Such coordination is entirely consistent with Prime Minister Modi’s SAGAR initiative for Security and Growth for All in the Region:

We now have two of the foremost democracies in the world working together for peace and prosperity and against authoritarianism and terrorism.

We could look back on this moment as being a watershed event in history.