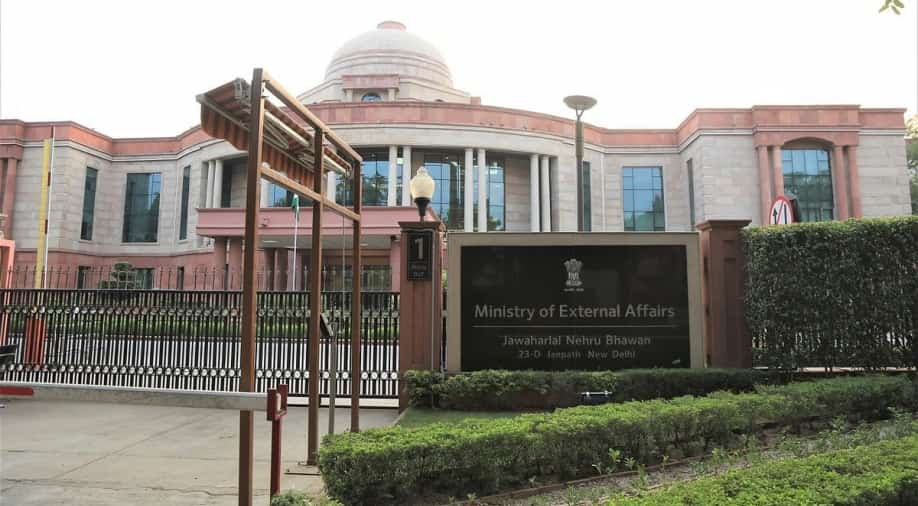 In this picture, India's ministry of external affairs office can be seen in New Delhi  Photograph:( Twitter )

If the past 75 years of analyzing Pakistani terrorism is anything to go by, it’s hogwash to pin it to an ideology. That’s a light bind a moving truck which everyone is running after.

No point denying that the Taliban in Kabul has made India nervous just like there’s no doubt that India anticipated nothing less from the United States of America's tacit support to the Pakistan army who in turn sheltered Osama & Haqqani under the Pentagon's complete knowledge. It’s hilarious how the democrats & republicans both took turns, under each of their presidencies and made complete fools of the so-called righteous Americans, under the garb of war on Terror. All this while always being a non-nato ally of Pakistan who harboured UN-designated terrorists as their honoured guests.

Well, how the Americans get played by both their government parties is their fate and how the pentagon has gone all out to support many morally degraded armies and even terrorists in the past, could be a thesis in itself.

India always was aware of the corruption dipped Kabul government & army wouldn’t stand against the Taliban, as was rightly mentioned in one of Ajit Doval's speeches in the US. Of course, the story would’ve been different, if the Afghan Tajik+Uzbek+ alliance was to be prepared against the Taliban terrorists. No prizes for guessing which country across the Atlantic didn’t let that be organized. All that’s now for the long history chapter of American shame from WW2, Vietnam etc

Taliban legitimacy desperation and volatile situation in Kabul have thrown many balls up in the air, apparently all over the world. For example, the right-wing Alternative fur Deutschland (AfD) party should use Merkel and her CDU party's inept handling of natos Afgan policy and show her the door in the upcoming 21 September elections. Closer home, we all know how Modi loves to make every challenge into an opportunity. Well, this just is one of them, provided they meticulously and strongly act on it.

If the past 75 years of analyzing Pakistani terrorism is anything to go by, it’s hogwash to pin it to an ideology. That’s a light bind a moving truck which everyone is running after. The modern-day terrorist is not only equipped with the best arms but now also has at its disposal an airforce, embassies around the world, a seat at the UN, an ecosystem in left media, etc. How? Just connect all dots and they would all lead to the NERVE CENTER of Terrorism i.e. GHQ, Rawalpindi.

Now, remember the mention of balls in the air? Let's catch them one by one and here comes the ‘Defining’ part.