Hunger and hope: How can India up its game at the Olympics? 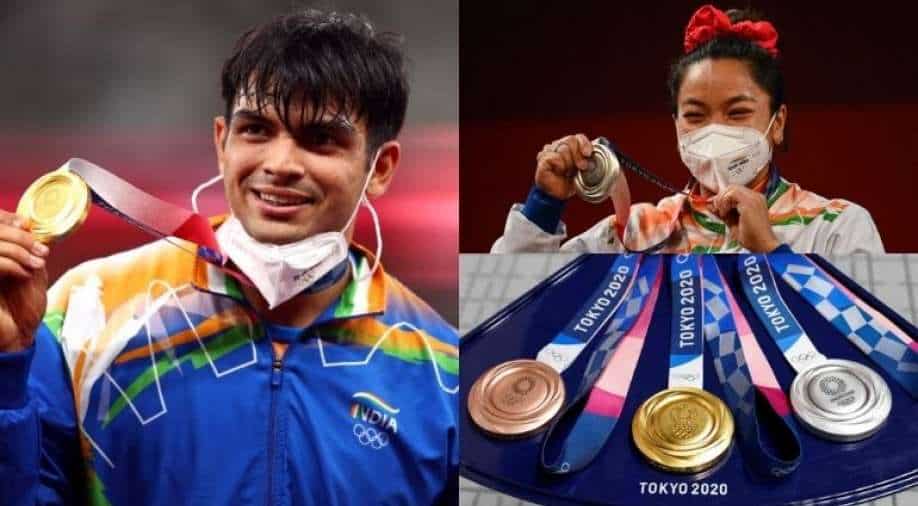 Chopra's gold on the penultimate day of the Tokyo Games ensured that all was not lost for the Olympians, who are dwarfed by the country's cricket stars when it comes to sponsorship, infrastructure, training, and popularity

For decades, India’s quest at the Olympics has faced one major hurdle: the massive gap between the nation’s thirst for sporting glory and the number of medals won.

With 126 athletes across 18 sports disciplines, India had sent its biggest-ever contingent to Tokyo Olympics. Indian athletes participated in 69 cumulative events across disciplines, the highest ever for the country.

India's best-ever Olympics show came despite an underwhelming performance from the shooters, usually the most consistent athletes in recent Games.

While boxing was also expected to bring more than a single bronze medal, there were also a few near-hits: the valiant efforts of the women's hockey team, Aditi Ashok in women's golf and Deepak Punia in men's freestyle 86kg wrestling.

Particularly satisfying were the exploits of India's women in blue in hockey, a game they once dominated with clinical ruthlessness.

The women's team were lauded as superstars with their fourth spot while a euphoric India celebrated the country's first hockey medal in 41 years, hoping the hard-earned men's bronze would help them to regain their past glory.

The most successful hockey nation in Olympic history, with eight men's titles, India had not won a medal since the 1980 Moscow Games when they topped the podium.

Chopra's gold on the penultimate day of the Tokyo Games ensured that all was not lost for the Olympians, who are dwarfed by the country's cricket stars when it comes to sponsorship, infrastructure, training, and popularity.

Abhinav Bindra, whose 10-metre air rifle triumph at the 2008 Games was India's lone gold medal previously, summed up the enormity of Chopra's success.

And Gold it is for @Neeraj_chopra1 .Take a bow, young man ! You have fulfilled a nation's dream. Thank you!
Also, welcome to the club - a much needed addition! Extremely proud. I am so delighted for you.

As we celebrate this marvelous week in Indian sporting history, let's also take some time out to plan the road ahead. How do we keep the medals coming?

Funds are the lifeline

In the Olympics, as in life, the rich get it all. The countries who bring home the most gold have historically enjoyed the most wealth to begin with. There are three key areas here:

-- The first is infrastructure. Pools, sail boats and modern gyms are expensive. And the facilities required to produce the world's greatest athletes in dozens of sports every four years is a costly undertaking that is unlikely to be found in a developing country.

-- The second is talent magnetism. For both coaches and players, talent works in clusters. Developing countries produce some exceptional athletes, but families looking to get their talented child ahead in life might be more likely to migrate to richer economies.

-- The third is earned success. A survey by Goldman Sachs suggests that the nature of democratic institutions encourage and spotlight exceptional human achievement at a "fundamental level."

The impact of COVID-19 was felt on the sports budget of India when the central government allocated Rs 2596.14 crore or 25.96 billion to the sports budget for the financial year 2021-22, a reduction of Rs 230.78 crore or 2.3 billion, when compared to the amount, earmarked initially for the previous year.

India needs an appropriate framework for preparation and practice sessions of competitors that could make them more skillful and exceptional to manage A-list contenders.

With plans like Target Olympic Podium Scheme, Khelo India and Fit India, we are seeing the government putting stress on allowing opportunities to competitors to exhibit their ability. Our competitors have endeavoured to get the due acknowledgement they deserve.

Coaches can create champions. There are many talents, but only a coach can develop a talented athlete into a champion. The coaches should have a good IQ, they need to have knowledge about the sport and other qualities like a sharp memory. It is not that anybody can become a coach or any champion athlete can become a coach.

We need extra talent in our coaching system. In India, our athletes are more experienced than our coaches, in several cases.

The coaches should refresh their knowledge every six months. As the science of sports is evolving, so are skills related to coaching. The good coaches will keep themselves up-to-date like a smartphone.

Even when people excel in sport, they are often discouraged from pursuing it to top levels, by their families and wider community.

Social stratification that prevented people of different cultural, social and class backgrounds from playing sports together may have contributed at least to a small extent in discouraging many from pursuing certain sports.

There is a saying in Hindi, India's National language: 'Kheloge kudoge to honge kharab, padhoge likhoge to banoge nawab'. This translates to 'your life will be a waste if you play but if you study or do well in academics you will be a king.'

The privileged of India had never placed any value on sports or adventure, often glorifying intellectual achievements over physical ones.

Physical labour and activities were always meant for lower strata of society. The elite of India never placed a premium on adventure or sports.

This cultural conditioning reflects in the way the schools and parents treat sports. The first thing to get banned for many children when they reach the 10th or 12th grade in school is their participation in sports.

Both India as a country and its citizens as individuals have other priorities.

Besides the system, the five most important aspects are: sports science, sports medicine, mental conditioning, improving our coaching structure and data analysis.

Correlation between sports and nationalism

There is a correlation between Olympic medals and countries that are run by strong central governments interested in fostering national prestige.

Cuba, North Korea and China and once upon a time the Soviet Union invested heavily in finding and fostering competitive athletes as part of their national ambitions.

The medal count and stacks of cash is a dramatic turnaround for Indian sport. India won just two silvers at the 2016 Rio Olympics and athletes have long complained about the lack of resources put into their training. But often we hear tragic stories of former sportsmen and women ending up in dire financial conditions.

Many former sports heroes fell into poverty after finishing their athletic career and have needed help from foundations such as one run by cricket icon Sunil Gavaskar.

The International Olympic Committee (IOC) suspended India for electing officials accused of corruption in 2012, in breach of the Olympic charter. However, the ban was lifted after new officials were elected.

The Commonwealth Games held in New Delhi were the first major, multi-discipline event that India has hosted since the Asian Games in 1982.

However, they were marred by the corruption scandal of around Rs 70,000 crore or 700 billion.

Sports federations need to be cleansed of power-hungry officials and politicians. Those interested in the development of the sport, not self or pelf are needed. They must be made thoroughly accountable for how the money is being spent.

Cricket is not the only sport in India

If Tokyo Olympics 2020 has taught the nation anything, it is that cricket is not the only sport in India.

Cricket became a national obsession following India’s surprise victory in the 1983 World Cup while interest in other sports dwindled for lack of success in the international arena.

India has the largest global television cricket audience but, with the world’s fastest-growing major economy after China, is attracting interest from other spectator sports keen to tap into the market, including soccer, Formula One and golf.

When it comes to Olympics, India has a long way to go, but this year's Tokyo Games was a turning point for several sports as well as women in sports.

Here is hoping that Paris Olympics will witness a better medal haul by Team India.

And the good news is, it's just three years away, not four.