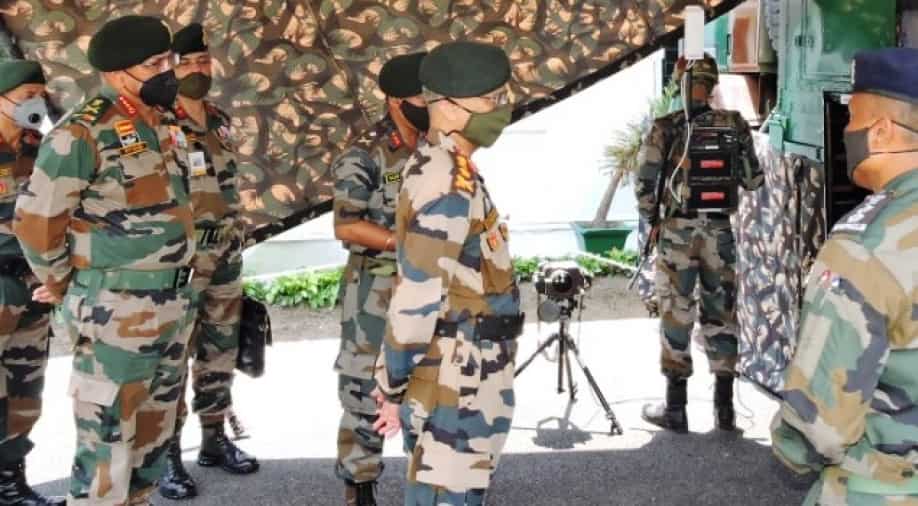 Naravane said that all services including the government are working together to 'defeat any nefarious design of proxy war being fueled by our adversaries'.

Army chief General MM Naravane on Monday visited the forward posts deployed along the Line of Control(LoC) with Pakistan.

General MM Naravane asserted that there will be "zero tolerance" against ceasefire violations by Pakistan and infiltration attempts by terrorists.

The army chief was briefed by senior commanders on the security situation along the border.

Naravane said that all services including the government are working together to "defeat any nefarious design of proxy war being fueled by our adversaries."

The army chief said that his forces were ready to thwart any "misadventure by country's enemies and handle any situation".

General Naravane's visit comes amid ceasefire violations by Pakistan in J&K amid the coronavirus pandemic sweeping the region.

On Saturday, Pakistan troops had opened fire in Kathua district of Jammu and Kashmir along the International Border (IB) which was started on Friday morning. Although there were no casualties but residents in the area were forced to spend the night in underground bunkers.

Police chief Dilbagh Singh had earlier said that Pakistan was trying to push terrorists into Jammu and Kashmir under the cover of ceasefire violations.

"Efforts are also being made in Kupwara and Baramulla to push more terrorists into this side under the garb of ceasefire violations," Dilbagh Singh said had said last month while claiming that Jaish-e-Mohammad terror group was planning to carry out a major IED-based attack on security forces.