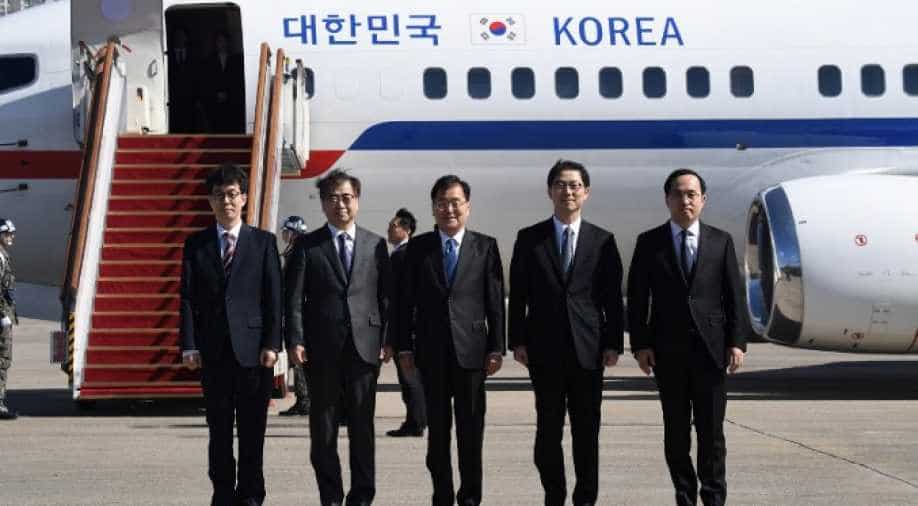 Chung Eui-yong, head of the presidential National Security Office, Suh Hoon, the chief of the South's National Intelligence Service, and other delegators pose before boarding an aircraft as they leave for Pyongyang. Photograph:( AFP )

The South Korean delegation which had left for North Korea on Monday headed by Chung Eui-yong, head of the presidential national security met Kim Jong Un as the North Korean leader expressed the hope to ease military tensions on the Korean Peninsula.

Watch: How China's project is damaging environment in Pakistan's Gilgit-Baltistan

Although China Pakistan Economic Corridor, CPEC, is being seen by Pakistan as a game changer in terms of development and infrastructure, the highly touted China-backed project could also turn unsustainable.

Coca-Cola Co. has decided to stop all factory visits by students in Britain after facing backlash that highly sugary drinks cause obesity. The soft drink company is scrapping free visits to the company's education centres, five of its factories and recycling centres. The programme included visits by over 500,000 children, reports said.

Google today is celebrating the 91st birth anniversary of celebrated Columban writer Gabriel Gracia Marquez. Born in Aracataca, Colombia, Marquez is identified as one of the most notable writers of the 20th century and among the forerunners of the Magic Realism style of writing.

National People's Party (NPP) president Conrad Sangma will take oath as the chief minister of Meghalaya today. The swearing-in of the ministers will take place at 10.30 am, Mr Sangma had said on Monday.