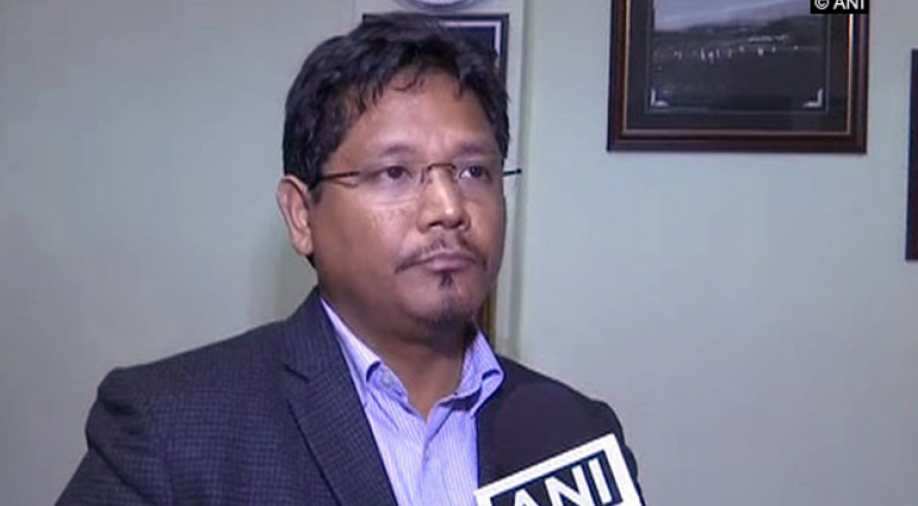 The swearing-in of the ministers will take place at 10.30 am

The swearing-in of the ministers will take place at 10.30 am, Mr Sangma had said on Monday.

He said he had been invited by Meghalaya Governor Ganga Prasad to form the government in the state.

"The governor has invited me to form the government as I have the numbers," Mr Sangma, 40, said.

A Raj Bhavan official confirmed the news saying, "The governor has extended invitation to Conrad Sangma to form the government as he has the support of 34 MLAs."

He has the support of 34 MLAs in the 60-member assembly.

The Congress had emerged as the single largest party in the state assembly elections, winning 21 of the 59 seats that went to polls and 10 short of a simple majority.The figure is marginally ahead of its rival, the National Peoples
Party (NPP), an ally of the BJP at the Centre and in Manipur which won 19 seats.

The Congress party had on Saturday staked its claim to form the government in the state at a meeting with the governor.

A delegation of three senior leaders of the Congress -- Kamal Nath, Ahmed Patel and CP Joshi had met the governor on Saturday.

Conrad Sangma is the youngest son of former Lok Sabha speaker PA Sangma, who died in 2016. He was elected a Member of Parliament in a by-election from the Tura constituency after his father's death.