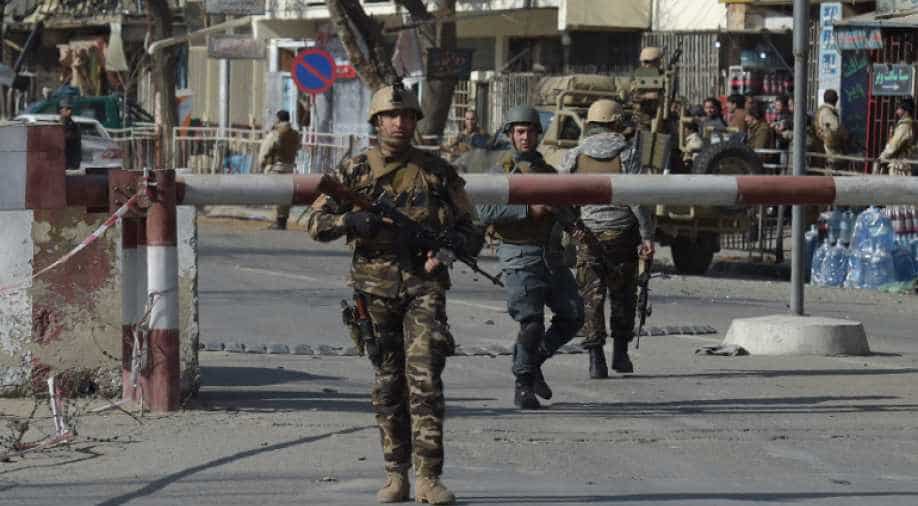 Afghanistan Sunday declared a day of national mourning as the toll for those killed by a huge bomb hidden in an ambulance in Kabul topped 100 people and tensions remained high after insurgents struck in the city for the second time in a week.

Switzerland's Roger Federer claimed a record-equalling sixth Australian Open title with a 6-2 6-7(5) 6-3 3-6 6-1 victory over Croatia's Marin Cilic on Sunday. The 36-year-old defending champion won the opening set in 24 minutes under the Rod Laver Arena roof before Cilic, playing his first final in Melbourne, found his range with a barrage of big hitting to drag the showpiece match into a deciding set.

Local media of Afghanistan has reported the arrest of five persons in connection with the January 21 attack on the Intercontinental hotel in Kabul. At least four Taliban gunmen attacked Kabul's landmark Intercontinental Hotel on Saturday and started shooting at guests, which went on for 12 hours.

Yemen's Prime Minister Ahmed bin Dagher on Sunday accused southern separatists of attempting a coup in the interim capital of Aden after they took over the government headquarters.

Anger was growing in Kabul Sunday, a day after a huge bomb hidden in an ambulance killed 103 people and wounded scores more, highlighting the ability of insurgents to strike at the heart of Afghanistan. The attack, which was claimed by the Taliban, took lives of 103 people and left 235 wounded.