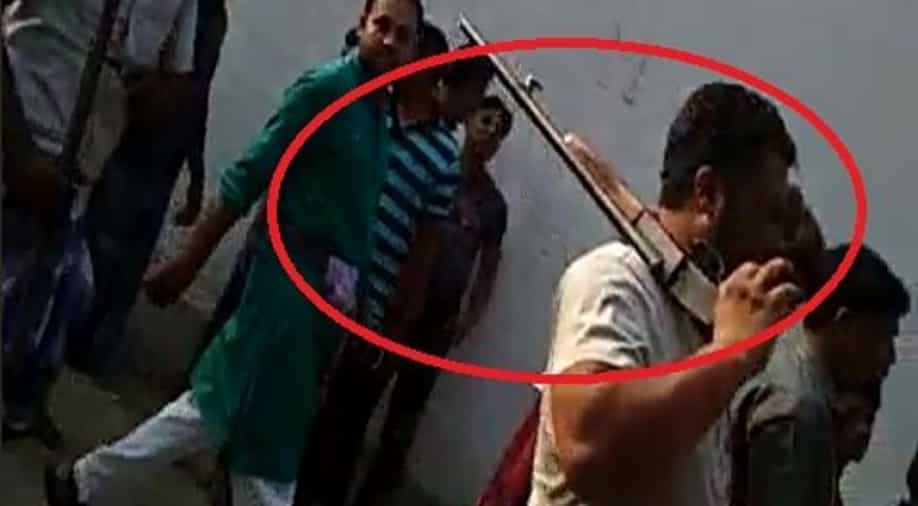 Unidentified miscreants escape with a ballot box from polling booth no. 76 in Malda's Ratua, also brandish a gun. Photograph:( ANI )

Brandishing a gun, unidentified miscreants, on Wednesday, escaped with a ballot box from polling booth no. 76 in Malda's Ratua during the re-polling in the Panchayat elections.

This adds to the long list of violent incidents that have erupted in the ongoing polls in the state, with at least 12 people have lost their lives so far.

#WATCH: Unidentified miscreants escape with a ballot box from polling booth no. 76 in Malda's Ratua also brandish a gun. The person who shot the video claimed that he was later threatened by the miscreants #PanchayatElections #WestBengal pic.twitter.com/9t2wdUuGI9

In Uttar Dinajpur district's Goalpokhar, the police officials baton-charged on people, exercising a crowd-control measure, as they were agitating following delay in the voting process.

Following sporadic violence during the West Bengal panchayat elections on May 14, 568 booths in the state are undergoing repolling today.

Elaborate security arrangements have been made by the state government and police to ensure free and fair polling, a State Election Commission official said.