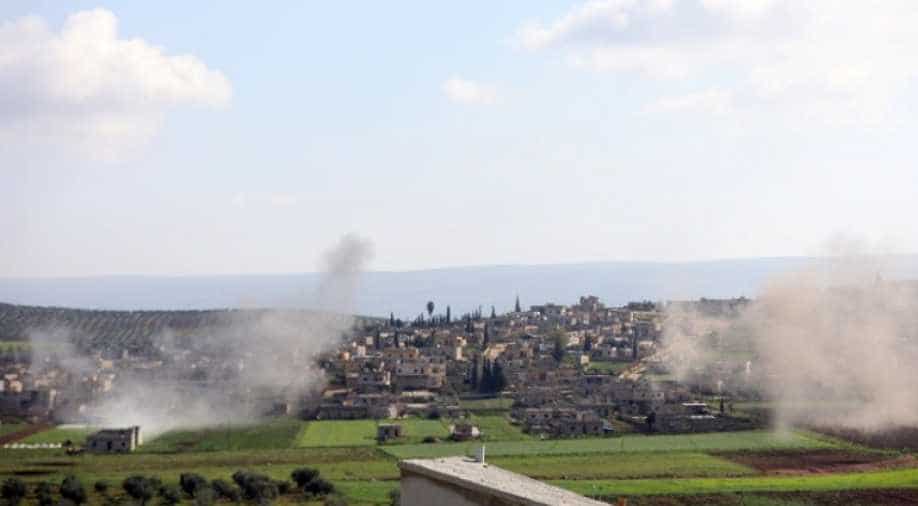 Smoke billows in the town of Jalamah on the Syrian-Turkish border on March 12, 2018, as Turkish-backed Syrian rebels enter the town. Photograph:( AFP )

US Ambassador Nikki Haley told the UNSC that the ceasefire resolution would provide "no room for evasion" and that the resolution adopted by the council two weeks ago had failed as the Syrian government backed by Russia stepped up its offensive in Eastern Ghouta.

"We have drafted a new ceasefire resolution that provides no room for evasion," Nikki Haley said.

While addressing the Security Council, UN Secretary-General Antonio Guterres said air strikes, shelling and ground offensives have intensified in Eastern Ghouta and claimed hundreds of lives ever since a UN ceasefire resolution was adopted two weeks ago.

The UN Secretary-General called for aid convoys to be allowed into the besieged Syrian enclave and for the sick and wounded to be evacuated.

Meanwhile, Syrian government forces continued to pound rebel towns in Eastern Ghouta with air strikes as troops edged closer to retaking the battered opposition enclave outside Damascus. Syria's civil conflict enters its eighth year this week with fighting on several fronts, but the assault on Eastern Ghouta has been one of the most ferocious of the war.

Hundreds of people also fled a Turkish-led advance in the northern area of Afrin, where a Kurdish-majority city is also under threat of being besieged.

The advances come even as the Syrian Observatory for Human Rights reported that about 511,000 people had been killed in the Syrian war since it began seven years ago.