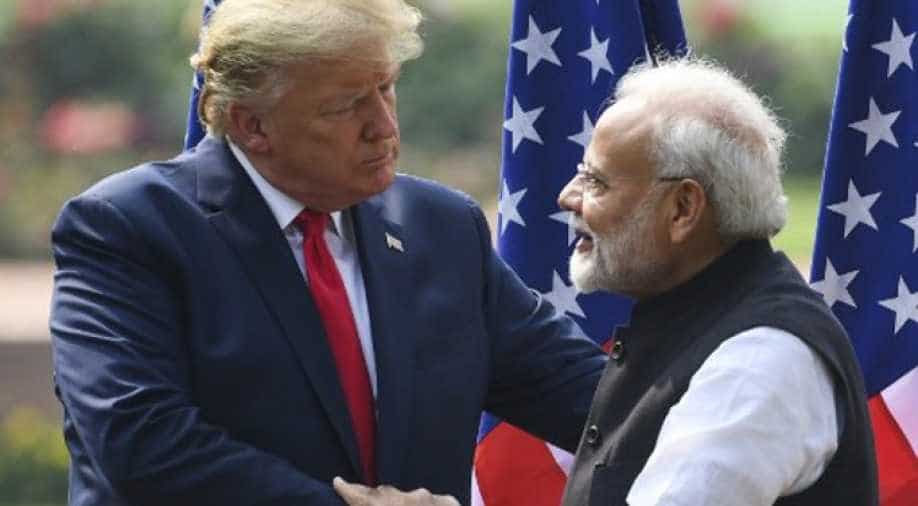 President Trump during his final press conference with reporters on Tuesday evening said he spoke to PM Modi on religious freedom while steering clear of the Citizenship (Amendement) Act(CAA) issue.

When asked about protests over CAA in Delhi, the US president said: "As far as the individual attacks, I heard about it, but I didn't discuss that with him. That's up to India."

The US president said he would not like to discuss the issue while adding, "hopefully they are going to make the right decision for their people. That's really up to India."

The US president once again repeated his offer to mediate on Kashmir saying, "We talked a lot about Pakistan with PM Modi. It's no question, it's a problem, but it's a problem they have, they're working on it."

"I'll do whatever I have to do if I can do that because my relationship with both gentlemen is so good."

"There are two sides to every story but they've been working on that very hard," the US president added.