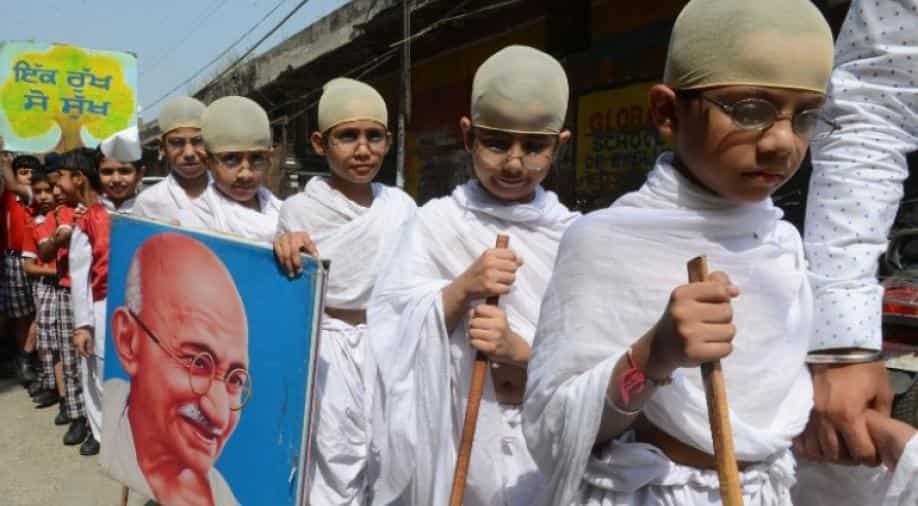 As the nation is celebrating the 150th anniversary of iconic freedom fighter of the country a number of events have been lined up to mark the day.

Earlier in the day, paying homage to Mahatma Gandhi, PM Modi tweeted, "From today, we are entering Pujya Bapu's 150 the anniversary year. It is a great opportunity for all of us to fulfil his dreams."

He will also attend the closing session of the Mahatma Gandhi International Sanitation Convention (MGISC) at Rashtrapati Bhavan Cultural Centre. MGISC has been a 4-day international conference that has brought together Sanitation Ministers and other leaders in WASH (water, sanitation and hygiene) from around the world.

As the nation is celebrating the 150th anniversary of iconic freedom fighter of the country a number of events have been lined up to mark the day.

The National Gandhi Museum at Rajghat launched a series of programmes, including "recreated heartbeats" of the father of the nation, kickstarting the year-long celebrations to mark his 150th birth anniversary.

The "recreated heartbeats" has been formed by digitalising the electrocardiography (ECG) details of Mahatma Gandhi and it can be heard through a headphone, Director General, Indian Council of Medical Research (ICMR), Dr Balram Jakhar, said.

Three monuments -- Gol Gumbad, Bijri Khan and Paik tombs --  in the national capital will also be illuminated with colours of the national flag to mark the anniversary for seven days starting from today.

A nationwide campaign call, 'CHANGE150' by LetterFarms, a non-profit organisation has also been launched which is aimed to mobilize over a million change ideas from youngsters around India inspired by Bapu's change mantra.

The NGO is inviting the youth of India to handwrite one change that they passionately wish to see in the world on a postcard, over the next 12 months. Those ideas will then be presented to the decision makers of the country including President and Prime Minister, governors and state chief ministers.