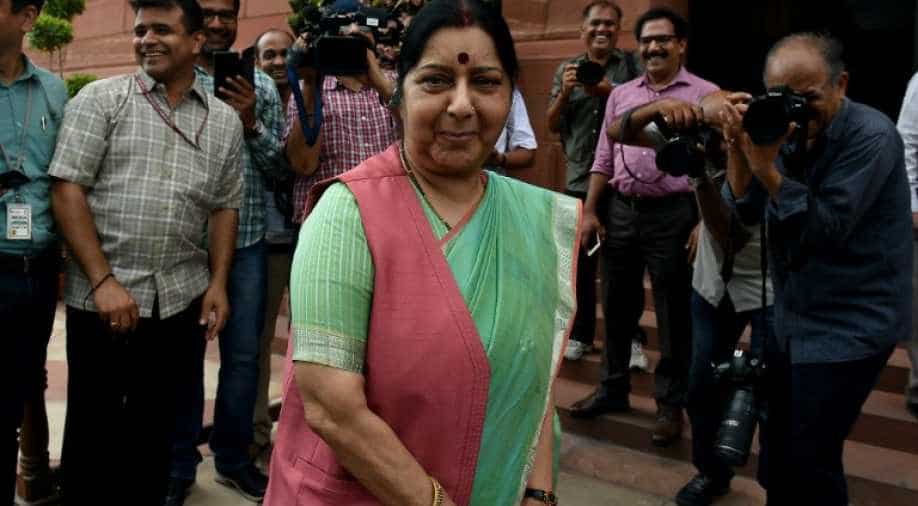 Sushma Swaraj was on Tuesday admitted to the All India Institute of Medical Sciences in New Delhi after suffering a cardiac arrest.

Swaraj suffered a cardiac arrest. She was administered CPR but did not respond, according to the All India Institute of Medical Sciences.

A senior BJP leader, Swaraj had been a seven-time Member of Parliament (MP) and a three-time MLA.

Swaraj had also served as the information and broadcasting ministry under Atal Bihari Vajpayee.

She was also the Minister of Health, Family Welfare and Parliamentary Affairs from January 2003 until May 2004. Swaraj was also the Leader of Opposition in the for the 15th Lok Sabha.

She was appointed as the minister of external affairs in 2014 when BJP won the general elections. She didn't contest the 2019 Lok Sabha polls on health ground.

“Narendra Modi ji - Thank you Prime Minister. Thank you very much. I was waiting to see this day in my lifetime,” she said in her tweet.

In 2014, Swaraj won from Vidisha constituency in Madhya Pradesh for the second term.