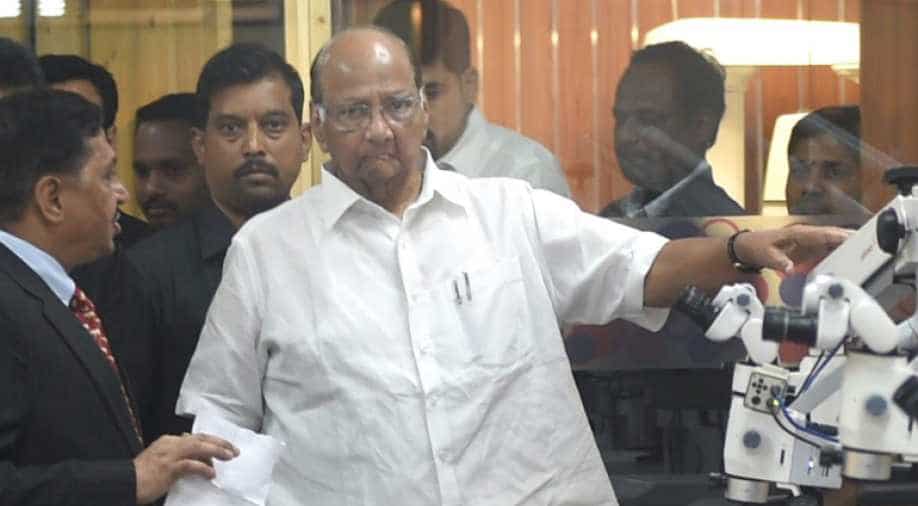 The NCP cadre in Mumbai is rife with talks of NCP chief Sharad Pawar joining hands with MNS leader Raj Thackeray following a meeting between the two leaders at Pawar's Nepean Sea Road residence in Mumbai on Saturday.

A report in DNA quoted NCP leaders as saying that Sharad Pawar and Raj Thackeray are joining forces to pose a challenge to the BJP in the 2019 Lok Sabha and state assembly elections.

"Sharad Pawar saheb had a meeting with Congress President Rahul Gandhi in Delhi where it was decided that Pawar Saheb will solely handle the Congress and NCP alliance and other smaller parties who wish to give a joint fight to the BJP in Maharashtra. As a part of a larger plan, Pawar saheb is toying with the idea of MNS being a part of the Congress-NCP alliance. He also wants MNS to do well so it will have a role to play in state politics," the senior NCP leader told DNA. Also read - Opposition should unite to achieve 'Modi-Mukt' India: Raj Thackeray

"Congress is also struggling to put the numbers together. If some seats are given to the MNS and the rest are with Congress and the NCP, then this formidable alliance will be in a better position to snatch the reign from the BJP. We have the support of Marathas, Dalits and Muslims, but this won't help win more seats in Mumbai and Thane. If Raj Thackeray joins, using the Marathi manoos plank, other communities will also vote. This will help get more seats and come in power in 2019," he added.

Maharashtra Congress leaders, however said that it would be difficult to take Raj Thackeray as an alliance partner since the two parties had "very different ideologies" and were against North Indians which formed the Congress's voters base in Mumbai.

"We have very different ideologies. Our voters are not homogeneous. Thackeray and his party workers have assaulted North Indian hawkers and taxi drivers frequently. And North Indians are our voter base in Mumbai. So we cannot hurt our traditional vote bank in any case," the Congress leader told DNA requesting anonymity.

Another NCP leader, however, said that the Shiv Sena might in the end ally with the BJP because of a common Hindutva agenda.

"Their actions do not hold any truth because of Sena president Uddhav Thackeray's fickle stand. In the end, they may go with the BJP in the name of their Hindutva agenda. They also want to enjoy power and hence they will not leave the government despite tall talk that has been going on for the past several months. Therefore, Congress and the NCP need to go the extra mile to stitch the larger umbrella alliance with all vote catchers and smaller parties and social groups. No one is untouchable in politics and politics is the art of all possibilities. Pawar saheb is astute enough to use these skills at the right time," the NCP leader told DNA on the condition of anonymity.