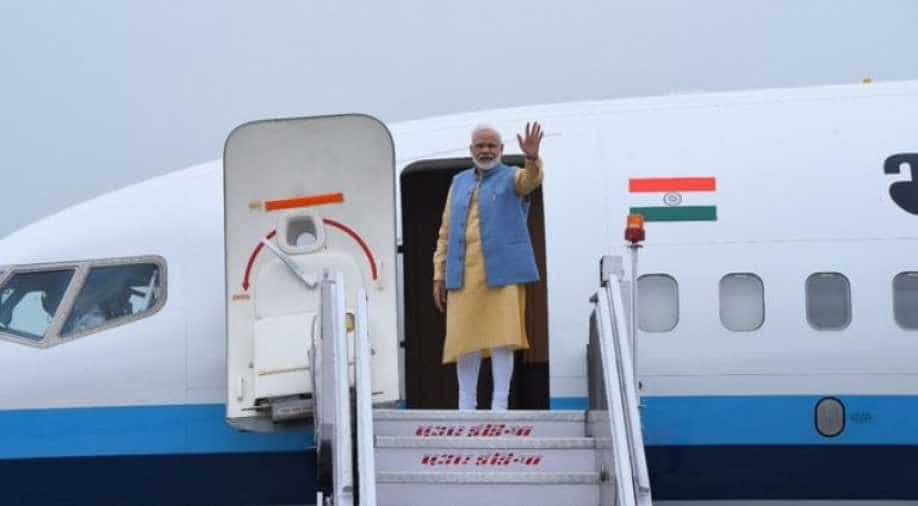 Modi will return to France on August 25 to attend the G-7 summit where India has been invited as a partner country.

Prime Minister Narendra Modi left for the United Arab Emirates (UAE) on Friday from Paris following the successful completion of the first leg of his three-nation tour.

Modi will return to France on August 25 to attend the G-7 summit where India has been invited as a partner country.

Hours before his departure from Charles de Gaulle Airport, the Prime Minister addressed the Indian diaspora in France and inaugurated a memorial in Nid D'Aigle dedicated to the victims of two Air India crashes in the country's airspace during the years 1950 and 1966.

During his stay at the UAE, PM Modi will hold talks with Crown Prince of Abu Dhabi, Sheikh Mohammed bin Zayed Al Nahyan, on bilateral, regional and international issues of mutual interest, an official release said on Monday.

He will also receive the Order of Zayed, the highest civilian decoration of the UAE which was conferred on him in April in recognition of his distinguished leadership that gave a big boost to bilateral relations between the two countries.