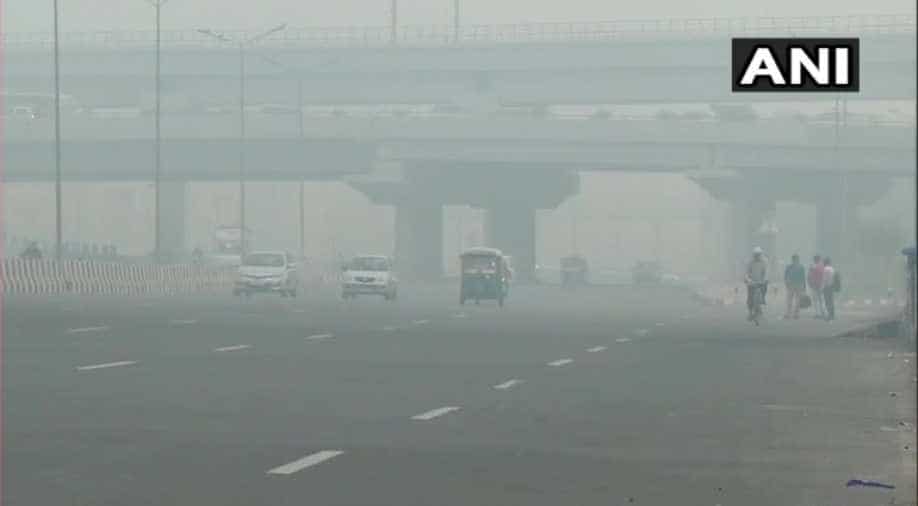 In many areas in Delhi, the air quality index was very close to the emergency mark of 500.

The toxic air in the capital city and its adjoining areas maintained its intensity as the air quality observed on early Friday was still in the "severe" mark. Visuals of deadly smog were witnessed in Delhi this morning which significantly lowered the visibility.

In Delhi and its neighbouring areas, the air quality index (AQI) was maximum in Jawaharlal Nehru Stadium, Nehru Nagar, and Dwarka Sector 8 with indices of 498, 497 and 496, which was very close to the emergency mark of 500, at 9 am as per the data shared by Central Pollution Control Board (CPCB). The AQI readings in other areas of Delhi NCR were: ITO 490, Sirifort 495, Pusa Delhi 491, Aurobindo Marg 489, Wazirpur 472, and RK Puram 459.

In Gurugram, a city that is a part of Delhi NCR, observed an AQI of over 700 in the morning, which is way above the "emergency" level. The visibility was extremely low in the city and residents complained of suffocation, breathlessness and irritation in the eyes.

Delhi residents are not likely to get any relief from air pollution as experts said that the western disturbance will continue to influence the atmosphere which is the reason behind dense cloud cover and a fall in wind speed.

Today is also the last day of Delhi government's odd-even rationing scheme. The government is mulling over the extension of the scheme. As per the odd-even rules, cars with even and odd registration numbers are allowed to run in the streets of Delhi on alternate days. Two-wheelers and women-only vehicles with children upto 12 years of age are exempted from this scheme.

Earlier, schools in Delhi were again asked to shut down for two days till November 15 due to the deteriorating pollution levels.

The Supreme Court had also ordered Centre to explore Hydrogen-based fuel technology to tackle air pollution. The apex court had also pulled up governments of northern Indian states for not doing enough to control pollution.

The practice of stubble burning where farmers set residue on fire after harvesting is one of the prime contributors to pollution. Various packages to farmers are also announced in order to stop stubble burning. The relief from farm fires is expected to come by the end of November as wheat sowing has already covered nearly 60 per cent.