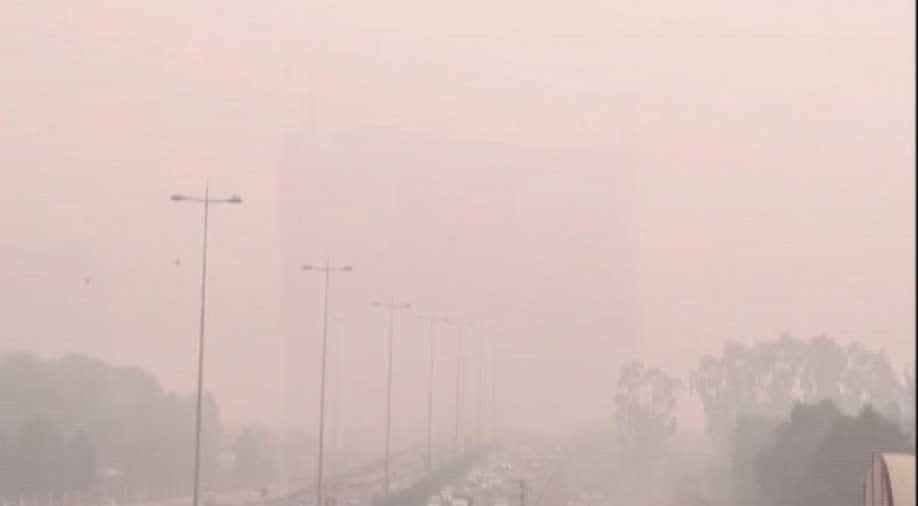 People residing in Gurugram complained of breathlessness and allergic reactions due to the toxic air.

Gurugram residents continued to struggle for clean air as the Air Quality Index (AQI) docked at 703, which falls in the 'severe plus' category, on Friday morning, said System of Air Quality and Weather Forecasting And Research (SAFAR).

Isolated pockets of the region were covered by a thick blanket of smog due to the spike in the pollutants in the air. The smog cover has also reduced the visibility at the major junctions of the city in the wee hours. The commuters were only able to see till 100-150 meters of the road while driving.

People residing in Gurugram complained of breathlessness and allergic reactions due to the toxic air.

"The pollution is increasing each day here. I am having irritation in my eyes. I use a handkerchief to cover my mouth while travelling," said Naresh Kumar Bhardwaj.

An old man named Dharam Singh Yadav, a resident of Om Nagar of Gurugram, told ANI that he feels suffocated while going for a walk in the morning. "Nowadays, I feel suffocated when I come for a walk at the park. But I have to maintain my fitness during this season also. Vehicles have increased on roads also which I believe is the major cause of pollution."

According to the India Meteorological Department, fog and mist cover is very likely over the region for the next three days.

Today, the minimum and maximum temperature in Gurugram is hovering around 15 degrees Celsius and 27 degrees Celsius. Apart from Gurugram, neighbouring Delhi is also blanketed with smog with the overall AQI in the severe category, crossing the 400-mark this morning.