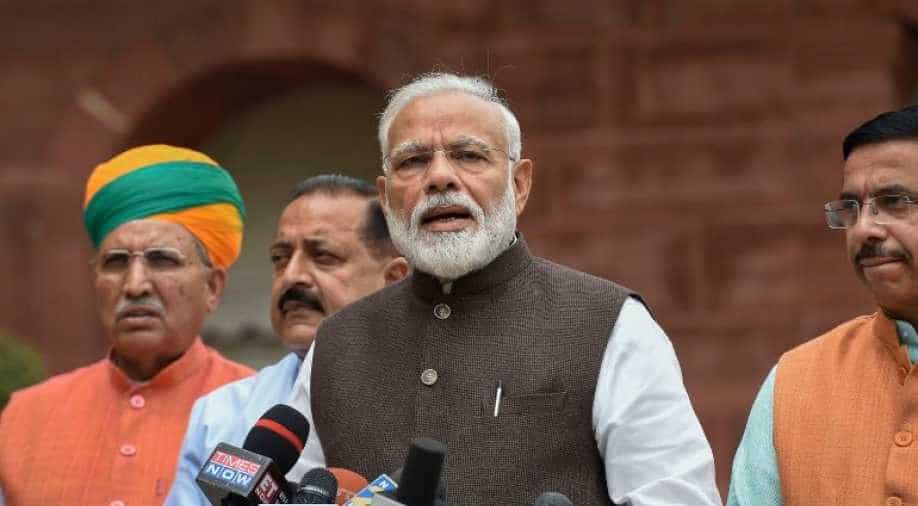 PM Modi will be taking part in more than ten bilaterals and pull-asides at the G20 summit.

PM Modi will be leaving for Osaka, Japan today for a three-day visit during which he will be meeting a host of world leaders and take part in the 14th G20 Summit. He will be arriving in Osaka on 27th and on 28th and 29th the Indian prime minister will take part in the G20 summit, his sixth since 2014 and first in his second term.

PM Modi's first bilateral on day one will be with Japanese PM Shinzo Abe. Japanese PM was the first foreign leader to congratulate PM Modi on phone on his re-election on May 23rd.

The Japanese Prime Minister Shinzo Abe will be visiting India later this year for the 14th India-Japan Annual Summit that alternates its location between India and Japan.

Last year PM Modi visited Japan for the 13th Annual Summit during which Japan announced it will be joining the New Delhi-led International Solar Alliance and signed a Currency Swap Agreement.

PM Modi will be taking part in more than ten bilaterals and pull-asides at the summit. He will be meeting US President Donald Trump, Russian President Vladimir Putin, Chinese President Xi Jinping and French President Emmanuel Macron  He met Chinese and Russian leaders on the sidelines of Shanghai cooperation organization Summit in Bishkek, Kyrgyzstan just two weeks ago.

The important trilaterals will also happen, the JAI meet - Japan, America, India grouping and RIC meet - Russia, India and China trilaterals. Besides this, a permanent fixture has been informal the BRICS Summit.

The informal meet between Modi-Xi during the informal BRICS summit at the 2017 Hamburg G20 acted as a major ice-breaker between the two countries in the backdrop of the Doklam crisis.

New Delhi is expected to strongly raise the issue of economic offenders and black money. Other than this climate change, counter-terrorism, disaster resilient infrastructure, reformed multilateralism, WTO reforms will be other focus for India.

The summit is happening in the backdrop of trade wars between World's number 1 and number 2 economies - US and China and Washington's diminishing commitment to global trade body - world trade organization(WTO).

The annual gathering of the world's power club will have plenty to talk about including the much talked about meeting between US president Donald Trump and Chinese president Xi Jinping to resolve issues on trade. The US-Iran tiff is also expected to dominate the discourse.

The theme of this year's summit under the Japanese Presidency is "human centred future society” and focus will be on a range of issues from Digital Economy and Artificial Intelligence to Inclusive and Sustainable World and pressing issues like Energy and Environment, Global Health, Climate change and Marine plastic waste.

G20 emerged in the backdrop of Asian financial crisis in 1999 when it was a forum of Finance Ministers and Central Bank Governors of developing and developed countries.