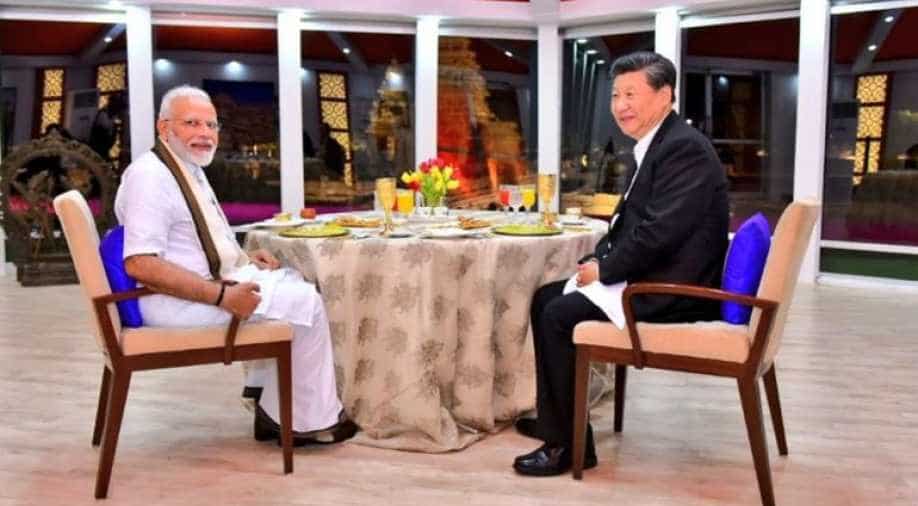 Trade and terror were the focus of the first day of 2nd India-China informal summit in Mamallapuram.

Prime Minister Narendra Modi and Chinese President Xi Jinping are likely to discuss ways to improve people-to-people contact, enhance trade and on how to maintain peace and tranquillity along the 3, 500-kilometre long India-China border during their talks on the second day of the India-China informal summit.

The talks will be followed by delegation-level talks.

The two leaders met at the Tanjo Hall at Taj Fisherman's Cove for the second round of their informal talks today. Today's meeting will focus on international and regional issues, announced foreign secretary Vijay K Gokhale. The two sides will also issue separate statements of the outcomes of the two-day informal summit.

Xi's short visit to India will come to an end this afternoon after attending the lunch hosted by PM Modi. President Xi will leave for Nepal this afternoon.

The Chinese President arrived at the Chennai airport on Friday amid a rousing welcome. Shortly after his arrival, he left for Mamallapuram where the two leaders visited three UNESCO heritage sites and soaked in the cultural diversity of South India.

PM Modi received President Xi at the Arjuna's Penance in traditional south Indian attire--veshti and angavastram, a south Indian garment draped over the shoulder. Both leaders were seen immersed in a friendly chat with PM Modi explaining to Xi the historical importance of the sites.

Trade and terror were the focus of the first day of 2nd India-China informal summit in Mamallapuram. The two leaders spent around five hours of "quality time" with each other on Friday.

The one-on-one dinner lasted over two hours wherein both the leaders discussed their national vision and governance priorities. Terror and trade was the top focus during the first day of Xi's India visit.

"There were discussions on trade-related issues and on economic issues and trying to identify areas for investment which two countries can encourage and how to enhance trade volume and trade value which include the issue of trade deficit and unbalance trade," foreign secretary Vijay Gokhale said.

India and China also discussed the "challenges both countries face on account of terrorism. Both leaders said that these are large countries and radicalisation is a matter of concern for both and that both will work together to see that radicalisation and terrorism did not impact the fabric of our multicultural, multiethnic and multi-religious societies and a general sense that this was a common challenge and we will work together," Gokhale added.