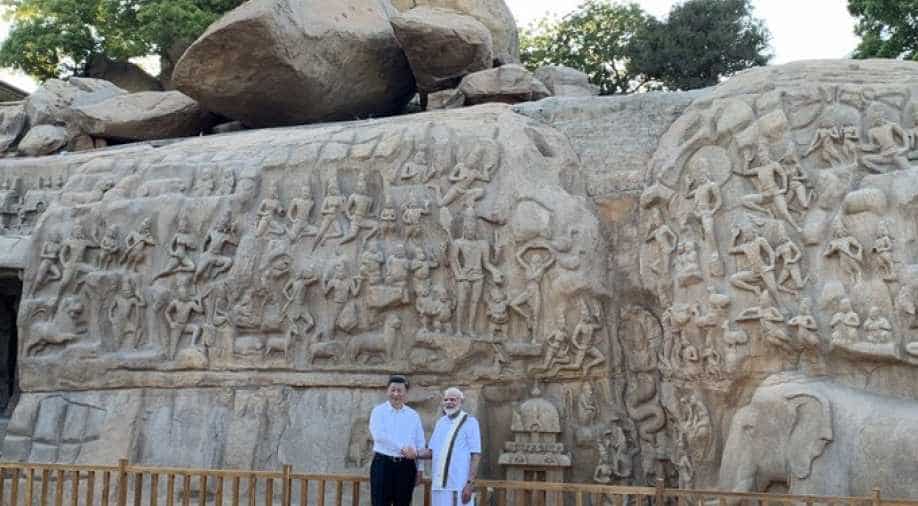 This was followed by a cultural extravaganza that lasted for two hours.

Modi received President Xi at the Arjuna's Penance in traditional south Indian attire--veshti and angavastram, a south Indian garment draped over the shoulder. Both leaders were seen immersed in a friendly chat with PM Modi explaining to Xi the historical importance of the sites. The duo shook hands five times during the entire period and drank coconut water at the Panch Ratha site were they sat for 15 minutes.

The cultural programme ended with a prayer for peace and harmony. pic.twitter.com/XS2JTa7mws

PM Modi also hosted a dinner for the visiting leader in the backdrop of historic Shore temple at the Mahabalipuram beach in which Tamil delicacies both non-vegetarian and vegetarian were on the menu.

Modi and Xi will again meet on Friday morning before the delegation-level talks.