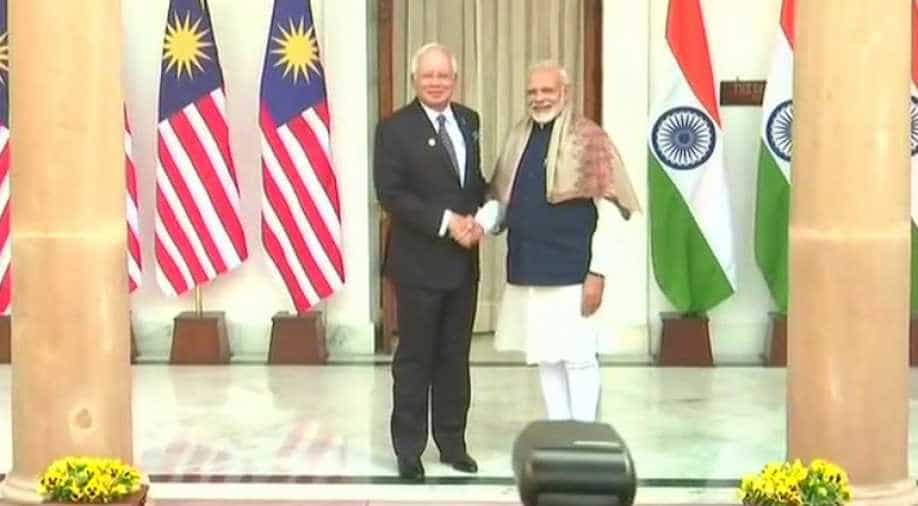 The external affairs ministry spokesperson said PM Modi and his Malaysian counterpart had an "engaging" discussion during which the two leaders focused on ways to enhance counter-terror cooperation and boost ties in areas of defence, trade and investment.

The Malaysian PM, who is among 10 ASEAN leaders who participated at the India-ASEAN Commemorative summit yesterday, watched the Republic Day celebrations at Rajpath today.