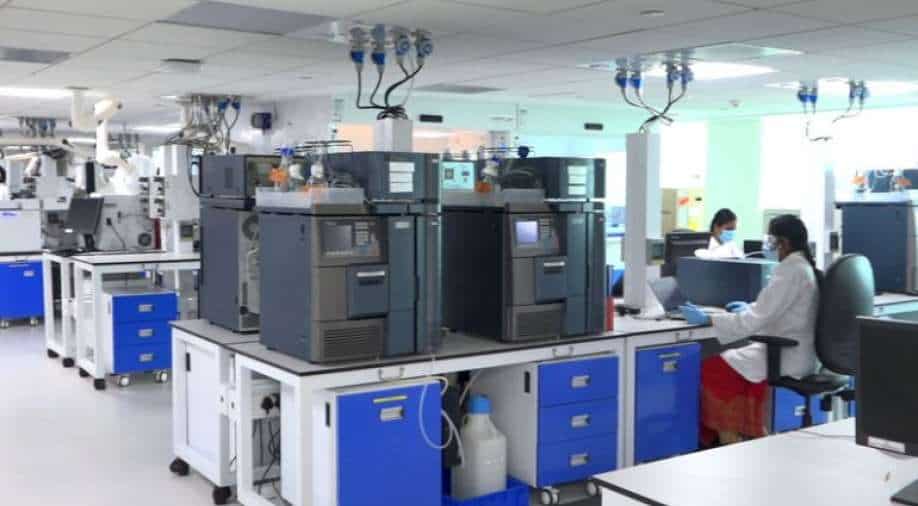 Queried on the operational status of the new facility, Pfizer officials told WION that a majority of the Chennai facility was operational and that their work had started. Photograph:( WION )

Simply put, a small-molecule drug is a synthetic chemical derived from or inspired by natural products produced by bacteria, fungi, and plants

American Pharma giant Pfizer has operationalized its largest and only drug development centre in Asia in the Indian city of Chennai. Set up at a cost of USD20 million (approx INR150 crore), the facility will carry out the development of Active Pharmaceutical Ingredients (APIs) and Finished Dosage Forms (FDFs) for a wide range of Prizer's offerings. While API refers to the component of the drug that causes the intended effect, FDF refers to the finished drug that is meant for consumption.

According to S. Sridhar, Country Manager, Pfizer India, their organisation is confident that the latest facility will allow for synergistic co-development of cutting-edge API and FDF processes under the same roof. The world-class scientific, technology and innovation-driven Research Park campus provides an ideal setting for our work, he said. Pfizer is also considering roping in talent from the Indian Institute of Technology-Madras and other academia (as employees or interns), collaborating with academia, and funding healthcare sector start-ups in India, among other activities.

Queried on the operational status of the new facility, Pfizer officials told WION that a majority of the Chennai facility was operational and that their work had started. However, only the qualification of some sophisticated equipment remains to be completed, in line with Good Manufacturing Practice, they added. "Our new facility is aimed at working on small molecule drug development and we have labs that are meant for chemistry, microbiology, process engineering, support labs, etc." they said.

Simply put, a small-molecule drug is a synthetic chemical derived from or inspired by natural products produced by bacteria, fungi, and plants. These drugs use biochemical processes to diagnose, treat, or prevent diseases.

As per the company, the new centre integrates two essential functions under the export-oriented undertaking of Pfizer Inc.: Pharmaceutical Sciences (PharmSci) and Global Technology and Engineering (GT&E) Center of Excellence. While PharmSci is dedicated to the development of anti-infectives, oncolytics, sterile injectables, anaesthesia products, hospital products, GT & E pioneers next-generation API processing and manufacturing technology to supply medicines to patients around the globe.

This facility in Chennai is part of one of the 12 global centres that Pfizer operates around the world. In addition to this drug development centre, Pfizer also operates three plants that manufacture Pfizer Pharmaceutical products in the Indian cities of Visakhapatnam, Goa, and Ahmedabad, besides nearly thirty third-party manufacturing facilities.

Also read | Pfizer's anti-Covid pill gets WHO approval. Here's what you should know about Paxlovid

"We believe that the proximity of Pfizer to IITM, scientists and students, the Tech Corridor, and other leading industry start-ups will foster greater collaboration between industry and academia. We are also sure that the academicians at IITM will benefit from having access to Pfizer’s centre," said Prof. Ashok Jhunjhunwala, President, IITM Research Park.