After being attacked by opposition over mining case, BJP asks Akhilesh to explain 'loot' 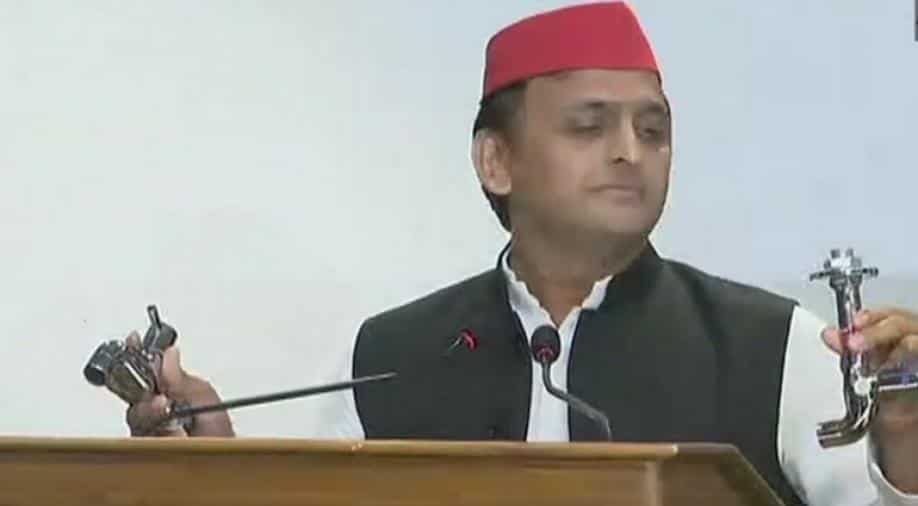 Akhilesh Yadav may face a CBI probe, according to the agency FIR made public Saturday. The agency had also carried out searches at 14 locations.

Opposition parties Sunday accused the BJP of using probe agencies for "executing its political strategy" after it emerged that the CBI may quiz SP president Akhilesh Yadav in a case of illegal mining, even as the ruling party asserted he must explain the "loot" during his tenure as Uttar Pradesh chief minister.

Yadav may face a CBI probe, according to the agency FIR made public Saturday, the day Samajwadi Party and Mayawati-led BSP indicated their intent to join hands in Uttar Pradesh to fight the BJP in the Lok Sabha polls. The agency had also carried out searches at 14 locations.

UP government minister and BJP leader Sidharth Nath Singh asserted that instead of questioning the timing of the raids, Yadav should answer why so much "loot" had happened under his government.

The BJP demands that the CBI investigate him and call him for probe, he told reporters at a press conference.

"If you loot public money, then law will take its own course," he said, adding that the CBI is reporting to the Allahabad high court, which had ordered a probe in 2016.

In Lucknow, Yadav put up a brave front, saying he is ready to face the CBI and attacked the BJP, claiming that people will answer it in the Lok Sabha polls.

Suggesting that the CBI action is linked to his talks with the BSP, he said he may have to tell the probe agency details of his alliance with Mayawati.

"Now, we have to tell the CBI how many seats we have distributed in the gathbandhan (alliance). I am happy that at least the BJP has shown its colours. Earlier, the Congress gave us the chance to meet the CBI, and this time it is the BJP, which has given us this opportunity," he said.

In the national capital, Congress spokesperson Manish Tewari accused the BJP of practising a politics of "fear" against its rivals and said the country will rid itself of this in the polls.

"Those who are carrying out their political strategy through probe agencies do not last long," he said, adding that even a nursery child can comprehend the political motive behind the CBI's move.

The BJP said the Akhilesh Yadav government during its tenure between 2012-17 was "hand-in-glove" with the accused in the case of alleged mining scam.'

Rejecting the charge that the CBI's searches Saturday in connection with the alleged scam was politically motivated because of the alliance talks between the Samajwadi Party and the BSP, UP government minister Sidharth Nath Singh also told reporters that the BJP has no threat from them.

The two opposition parties are fighting for survival, he said, adding that those who are "langde-lulhe" (physically handicapped) need "baisakhi" (crutches).

The Samajwadi Party chief said the BJP is leaving a "culture", which may be used against it in the future.

"The Samajwadi Party is making efforts to win maximum Lok Sabha seats. Those who want to stop us, have the CBI with them. Once the Congress did the CBI probe, and I was questioned.

If the BJP is doing all this, the CBI will question me, I will answer (them). But, the people are ready to give an answer to the BJP," Yadav told reporters in Lucknow.