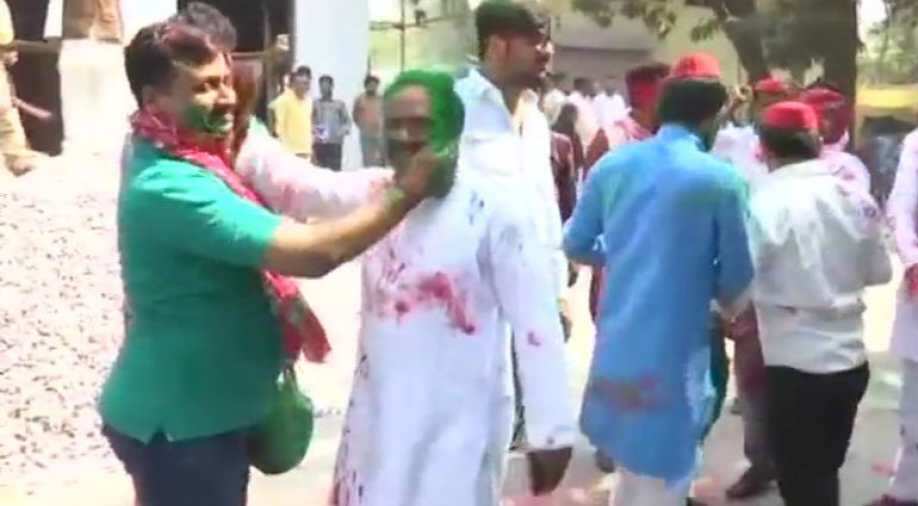 The bypoll results in Bihar and Uttar Pradesh is a big blow to Bharatiya Janata Party (BJP). Not only the BJP lost Gorakhpur, which it has won since 1989, and Phulpur in UP, it also lost Araria in Bihar. The Gorakhpur seat was held by UP Chief Minister Yogi Adityanath, a new star in BJP who is being actively pushed in Karnataka also.

The margin of victory might not be humongous but the impact of the defeat will be immense and long lasting. The victory is a silver lining for the Opposition that BJP can be defeated in 2019 Lok Sabha elections. Similar feats were achieved against the Congress Party in 70s, 80s and 90s but none of the winning Fronts could complete the term because of competing ambitions. What is of greater importance here is that a defeat has happened at a time when it was least expected and close to the Lok Sabha elections.

In UP, Mayawati may have done a deal for Rajya Sabha adjustment but the victory will certainly fire the imagination of the entire Opposition which has been reeling under BJP's onslaught. It will further increase pressure on the Congress to join the bandwagon to stop BJP. Ideally, Congress would like UPA to be the umbrella for the Opposition unity but bypoll results has ensured that a Third Front led by a regional satrap cannot be ruled out. This could be a problem for both Congress and Rahul Gandhi. The results show that Congress has not been able to capitalise on the gains of 2009 when it got 20 Lok Sabha seats from Uttar Pradesh.

It is also not the first time that Samajwadi Party (SP) and Bahujan Samaj Party (BSP) have done a pre-poll tie-up. In order to stop BJP, both SP and BSP fought elections together in 1993 and went on to form the government. The understanding was short lived as Mayawati withdrew support from the Mulayum Singh government after some time. This betrayal led to 'Guest House altercation' where Mayawati remained locked inside the Lucknow guest house fearing for her life as SP workers paraded outside. The animosity took 23 years to dissolve when BSP realised that if it does not compromise, it may end up as a minor player in UP. BSP could not win a single seat in 2014 Lok Sabha elections and got 19 seats in assembly election in 2017.

Cut to 2019, SP-BSP combine has been able to recapture the same magic whereby Dalits, Muslims and Yadavs have voted together. Many would argue that it is a vote against polarisation which has taken place in Uttar Pradesh. To an extent it is correct. If it has consolidated Hindu vote it has also created a caste consolidation of those who have not been accommodated in the Hindu block.

It also points to the fact that BJP's reliance on Narendra Modi today is far greater than on any leader in the past. It proves that without Modi, BJP struggles.

The BJP was able to capture 93 seats in Bihar and Uttar Pradesh during 2014 Lok Sabha elections. If combined Opposition formula works, BJP may not be able to repeat the feat.

The results have hit at BJP's prestige in Hindi heartland. It is also a lesson that politics in India is unpredictable and newer combinations can actually dethrone strongest of governments. It also shows that it takes very little time to get politically isolated. It is staring at its own isolation with unhappy Shiva Sena and TDP.

In the past it happened with Indira Gandhi and Rajiv Gandhi who had complete control over the government and absolute majority. They were dislodged by the regional parties. But before the hustings, both regimes got politically isolated.

The results in UP and Bihar have paved the way for closer cooperation between regional parties which poses a clear and present threat to BJP. And it has happened despite BJP trying to break Opposition's unity whether it is Nitish Kumar or Naresh Agarwal.