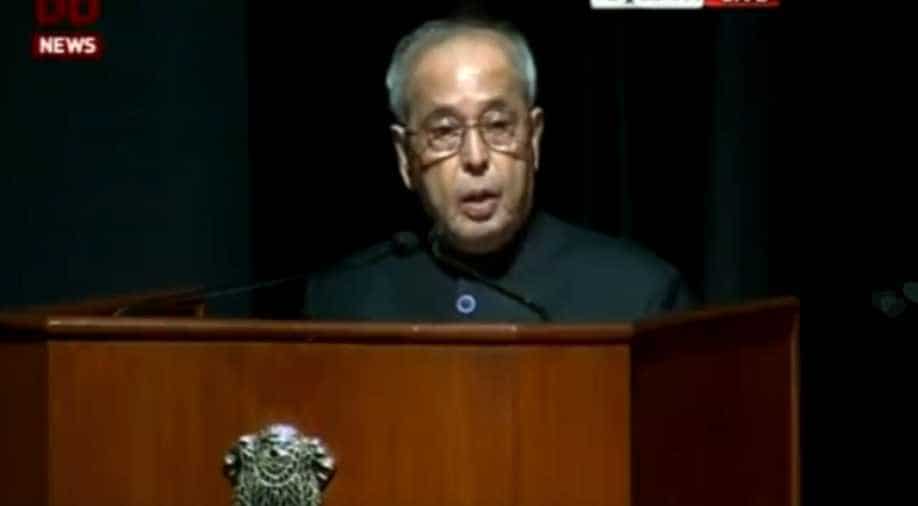 Onus of ensuring institutional integrity lies with Election Commission and it's the duty of the poll body to put all speculation to rest, said former president Pranab Mukherjee on EVMs.

A day after lauding the Election Commission of India (ECI)  for ''perfect conduct of elections'', former president Pranab Mukherjee on Tuesday said the onus of ensuring institutional integrity of the poll body lies with EC and it must put all speculation to rest.

There can be no room for speculations that challenges the very basis of our democracy, the former president said and added that people mandate is sacrosanct and has to be above any iota of reasonable doubt.

A firm believer in our institutions, it is my considered opinion that it's the ''workmen'' who decide how the institutional ''tools'' perform, he added.

Mukherjee expressed concern over alleged EVM tampering and said ''I am concerned over reports of alleged tampering of voters' verdict.''

Safety and security of EVMs is Election Commission's responsibility, he added.

Election Commission is also under fire from opposition parties for being biased.

Mukherjee on Monday lauded the role of the poll panel saying the 2019 Lok Sabha polls were conducted "perfectly".

"You cannot criticise them, it was perfect conduct of elections," he said during a book launch.