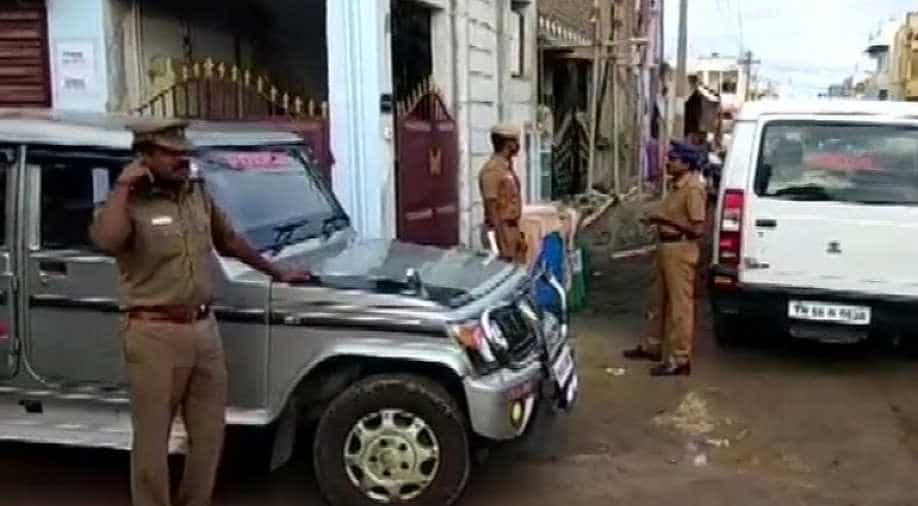 The searches came following reports that some people from the area were in touch with those involved in the Easter day church blasts in Sri Lanka.

The National Investigating Agency on Wednesday carried out searches at various places in Coimbatore, Tamil Nadu in connection to Easter day blasts in Sri Lanka. As per reports, the agency has arrested four people so far.

The searches came following reports that some people from the area were in touch with those involved in the Easter day church blasts in Sri Lanka.

Earlier, searches were conducted in Kerala in connection with an ISIS terror module.

The Islamic State had claimed responsibility for the serial bombings in Sri Lanka which claimed over 250 lives.

Tamil Nadu: Search operations that were underway in Coimbatore in connection with with ISIS module case have concluded. So far four persons have been arrested. pic.twitter.com/CYSfIDCCkZ

The Sri Lankan government has said that local terror group National Towheeth Jamaat (NTJ) carried out the attacks with support from the IS.

Prime Minister Narendra Modi on Sunday visited Sri Lanka and gave out a strong message of solidarity to the neighbouring island nation. He said that  "cowardly acts of terror cannot defeat the spirit of Sri Lanka".

Modi's first stop in the country was St Anthony's church in Kochchikade. The church was the site of one of the terror attacks on April 21.

"I am confident Sri Lanka will rise again. Cowardly acts of terror cannot defeat the spirit of Sri Lanka. India stands in solidarity with the people of Sri Lanka," Modi tweeted immediately after his visit.

"My heart goes out to the families of the victims and the injured," he added.

Modi is the first head of any government to visit the island nation after the terror attacks.