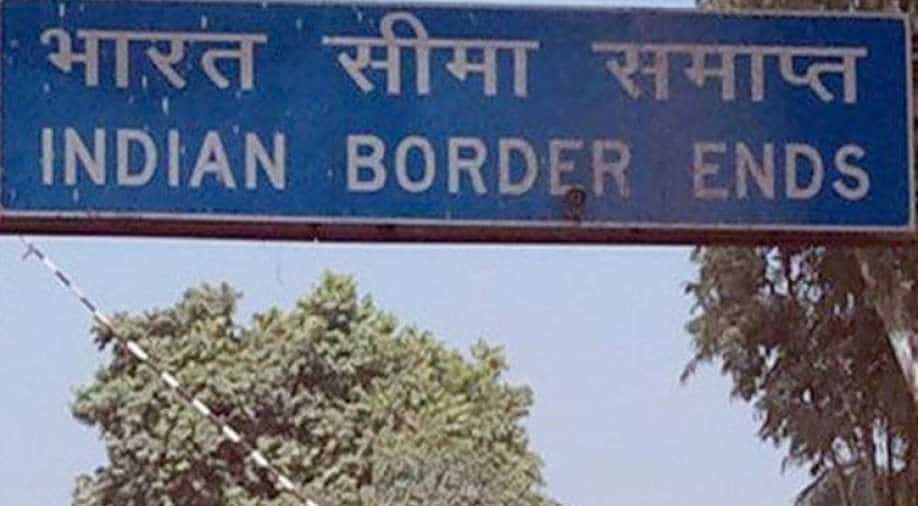 Indian security agencies are concerned about funds being sent by hardliners from Pakistan, Saudi Arabia and Qatar to radical groups at the Indo-Nepal Border. Photograph:( Zee News Network )

Elaborating on the Nepal government's approach, President Bhandari explained that the 'government of Nepal is committed to safeguarding the international borders of Nepal'

Nepal's cabinet on Monday approved the new controversial map of the country which shows Indian territories of Lipulekh, Kalapani, Limpiyadhura as its own.

Last week the Nepal president while addressing the joint session of the Parliament had said new maps of the country will be published that will show all areas it considers its own.

Nepal President Bidhya Devi Bhandari said,"Limpiyadhura, Lipulekh and Kalapani region are Nepal's territory and concrete diplomatic efforts will be taken towards reclaiming these territories. An official map of Nepal will be published accordingly incorporating all the territories of Nepal."

Elaborating on the Nepal government's approach, Bhandari explained that the "government of Nepal is committed to safeguarding the international borders of Nepal" and "outstanding border disputes with India will be resolved through diplomatic medium relying on available historical treaties, maps, facts, and evidence".

Kathmandu raised the chorus over the issue earlier this month when India's defence minister Rajnath Singh inaugurated a new road from Dharchula to Lipulekh that will reduce the time taken for Kailash Mansarovar pilgrimage.

India has clarified to Nepal on Lipulekh that the "recently inaugurated road section in Pithoragarh district in the state of Uttarakhand lies completely within the territory of India."

New Delhi sees increased Chinese role in Nepal as a reason for current comments by Kathmandu. Indian Army chief General Manoj Mukund Naravane on Friday had hinted at foreign involvement with Nepal for raking up the Lipulekh issue.

Army chief speaking at a think-tank IDSA's online meet had said,"I do not know exactly what they are exactly agitating about. Never been a problem in the past, reasons to believe they might have raised these problems, issues at the behest of someone else and there is very much a possibility."

While names have not been taken, Chinese increased involvement in the country is something that is well known.