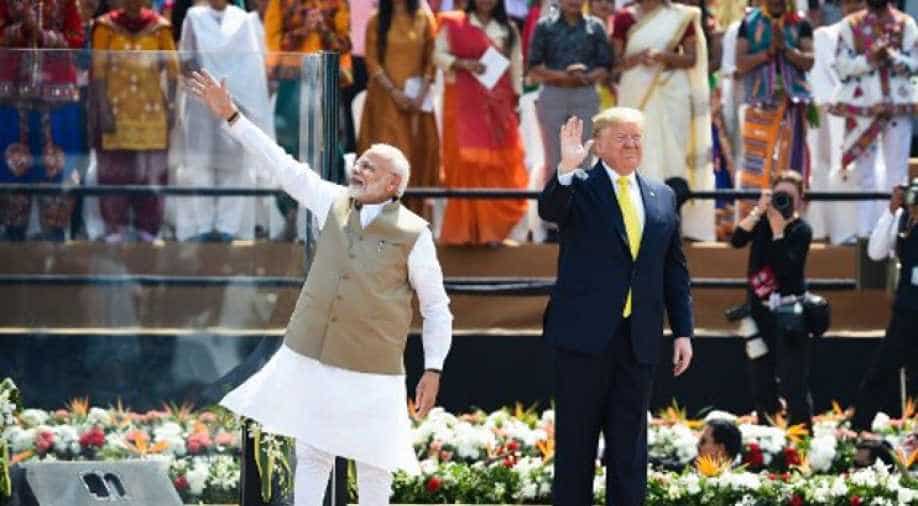 Participants in additional bilateral meetings will include a chief executive officer of US international development finance corporation Adam Boehler, chairman of the FCC Ajit Pai and special assistant to the president and senior director for counterterrorism Kash Patel.

Ajit Pai whose parents are both doctors from Maharashtra immigrated to the US in 1971. He was born in Kansas and later studied law at Harvard and the University of Chicago.

In Pics: US President Donald Trump in India

Pai joined the FCC, which is an independent body that regulates US communications laws and regulations. In fact, President Trump named him to head the body in 2017. He made headlines for his opposition to net neutrality, favouring the concept that internet service providers cannot discriminate between their network users.

Kash Patel was born in New York after his parents emigrated to the US from East Africa and Canada. Patel's family is originally from Gujarat.

He has been in the news in recent months for his role in discrediting the Russia interference probe. In fact, he joined the National Security Council’s directorate of international alliance and organization in 2018 and was also given charge of counter-terrorism. Earlier, Patel even worked for the Republican leadership of the house intelligence committee.