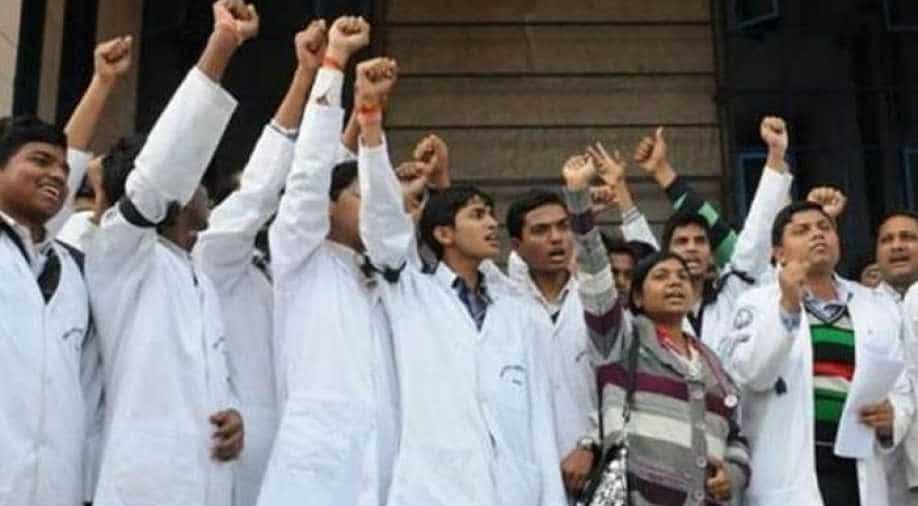 The Medical Council Bill which had led to protests by doctors was sent to the Standing Committee today.

The move led the doctors to call off the 12-hour nationwide stir that was called by the Indian Medical Association (IMA).

"We called off our strike as the Bill has been referred to a Parliamentary Standing Committee which has members from diverse fields and there should now be a fruitful discussion. We are thankful to all the Lok Sabha members for supporting us," IMA's K K Aggarwal said as quoted by PTI.

The IMA protested against the legislation saying that the new bill will "cripple" the functioning of medical professionals by making them subservient to the bureaucracy and non-medical administrators.

The Indian Medical Association declared today as a "Black Day".

The central government has left us no option but to call it a 'black day' in the history of medical profession. 'No to NMC (National Medical Commission)' is a slogan for medical community as well as every patient: Parthiv Sanghvi, Indian Medical Association pic.twitter.com/svYGvxyaJL

The protest went on for eight hours before it was called off.

The bill was tabled in the Parliament on Friday. The legislation proposed to replace the Medical Council of India (MCI) with a new body. It also proposed for allowing practitioners of alternative medicines such as homoeopathy and Ayurveda to practice allopathy after completing a "bridge course".

The Standing Committee has been asked to give its report before the Budget session.