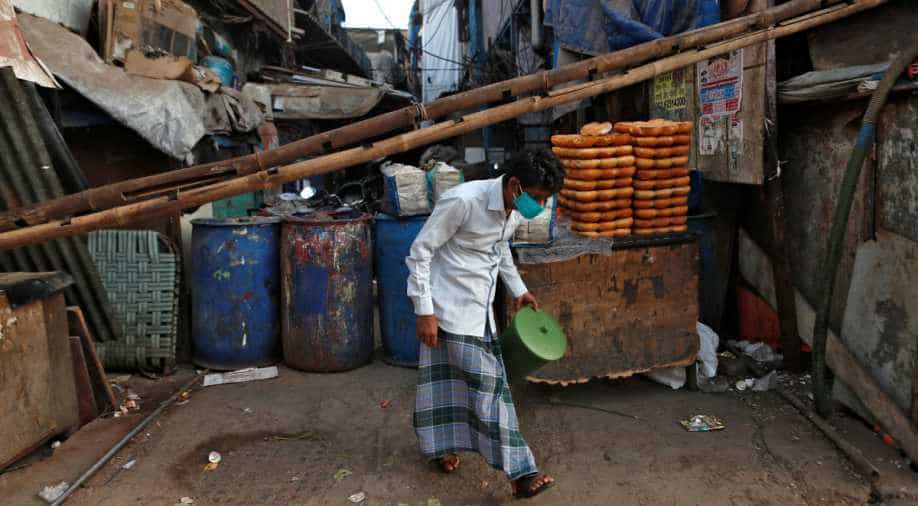 Prime Minister Narendra Modi has announced a fourth stage of lockdown, saying its contours will be completely different from those seen yet.

Maharashtra on Tuesday recorded 53 new coronavirus deaths, taking the total death toll to 921, while the total number of cases increased to 24,427, a jump of 1,026 new cases.

Of the total deaths, 28 -- the highest till date -- were recorded in Mumbai, taking the city's toll to 556, while the number of coronavirus cases in the city shot up by 426 to 14,947 on Tuesday, the Brihanmumbai Municipal Corporation (BMC) said.

Dharavi slum alone continued to be a major hotspot in Mumbai, notching 46 new cases, taking the total number of patients to 962, besides recording 31 deaths till now.

In its daily update, the Union health ministry said the death toll rose to 2,293 and the positive cases climbed to 70,756, registering an increase of 87 deaths and 3,604 cases in the last 24 hours till Tuesday 8 AM.

However, a PTI tally of numbers announced by different states and UTs put the total number of confirmed cases much higher at 74,029 and the death toll at 2,338, as of 9 PM.

DELHI
With 406 fresh instances, the total number of coronavirus cases reached 7,639 while the death toll has risen to 86.

TAMIL NADU
Eight people with co-morbid conditions died of COVID-19 in Tamil Nadu and as many as 716 fresh coronavirus cases were reported, pushing the tally to 8,718 in the state, authorities said on Tuesday.

TELANGANA
Two deaths and 51 fresh cases of COVID-19 were reported in Telangana on Tuesday, taking the number of infections in the state to 1,326. The deaths pushed the toll due to the coronavirus to 32, a COVID-19 bulletin issued by the state government said.

UTTAR PRADESH
Two more people died of coronavirus in Uttar Pradesh on Tuesday as the number of people testing positive for the infection rose to 3,664 due to 91 fresh cases, an official release said. So far, the infection has claimed 82 lives in the state.

WEST BENGAL
West Bengal, officials said at least eight people have died of COVID-19 in the last 24 hours, raising the death toll in the state to 126, while over 100 more people tested positive for the deadly virus.

KERALA
Kerala, which had stopped seeing fresh cases till a few days back, saw five new cases as the flow of Keralites returning home from other countries and states continued.

Meanwhile, Prime Minister Narendra Modi has announced a fourth stage of lockdown, saying its contours will be completely different from those seen yet. On the basis of recommendations received from states, new rules will be framed, and information about the same will be conveyed before May 18, he said.

PM Modi had first announced a 21-day nationwide lockdown on March 24 during his first address to the nation on COVID-19. This was later extended till May 3 and then further till May 18 with some relaxations in the third phase, especially in areas with nil or less cases.

While the cases have continued to rise during the lockdown period, government officials have been saying that the tally could have been much higher but for the containment measures and a targetted testing strategy.