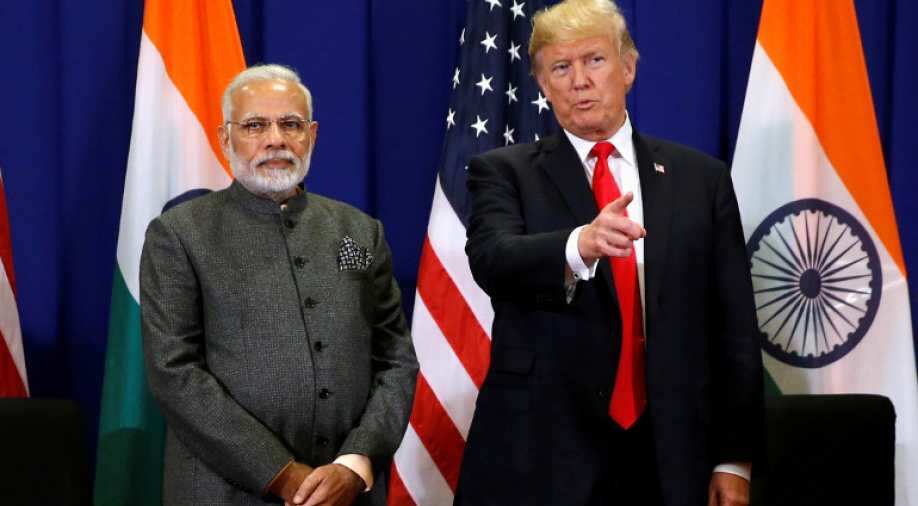 'US President fondly recalled his friendship with Prime Minister Modi and his recent telephone conversation with the Prime Minister. He highlighted the broad range of strategic interests and fundamental democratic values shared between our two countries,' a statement from the Indian high commission in the US said.

The new Indian high commissioner to the United States, Harsh Vardhan Shringla, has presented his credentials to US President Donald Trump in a ceremony at the White House. Shringla conveyed warm greetings from President Kovind and Prime Minister Modi to Trump and First Lady Melania.

"US President fondly recalled his friendship with Prime Minister Modi and his recent telephone conversation with the Prime Minister. He highlighted the broad range of strategic interests and fundamental democratic values shared between our two countries," a statement from the Indian high commission in the US said.

"The United States is the partner of choice in India’s remarkable journey of transformation. Our investment relationship has become increasingly reciprocal, with growing American investments in India being matched by rapid growth in Indian investments in the United States. These have helped fulfil our common objective of creating more jobs, promoting prosperity and economic growth in our respective countries," Shringla said in his written remarks to Trump.

Shringla said India has been a "positive and stabilising partner of the United States in South Asia and Indo Pacific region" and our approach and action in the region have largely complemented each other’s. On Afghanistan he said: "India has scaled up its economic development assistance to Afghanistan", adding, "India will always strive to remain the net security provider and the first responder in the Indian Ocean Region, working in concert with our most important partners including the United States."

India and the US held their inaugural 2+2 Ministerial Dialogue in September 2018 and Indian PM Narendra Modi, US President Donald Trump and Japanese PM Shinzo Abe had a trilateral JAI (Japan, America, India) meeting in December 2018 on the sidelines of G20 Summit.

Shringla, who was before this India's high commissioner to Bangladesh, said "India and the United States are the world’s largest and the oldest democracies". He added that "our relationship has been nurtured by shared belief in democratic values, individual freedom and rule of law, and increasingly, by strong convergences of interest on key regional and global issues — making ours a truly global partnership."

According to a release by the Pakistani embassy in the United States, "Ambassador Khan conveyed the greetings of Pakistan’s leadership to President Trump who reciprocated with similar positive sentiments for Prime Minister Imran Khan." The release added that "President Trump has said that he wants to explore opportunities for the two countries to work closely together and to renew their partnership."

Later, in a message to the Pakistani American community, Asad said, "Our diaspora in the United States is a valuable asset that can play a vital role in realising Prime Minister Imran Khan's vision of building a stronger and better Pakistan"

The US-Pakistan relationship has seen a downward trend in the recent past due to what America says is Islamabad's continued support to terrorism which has created instability in the region.