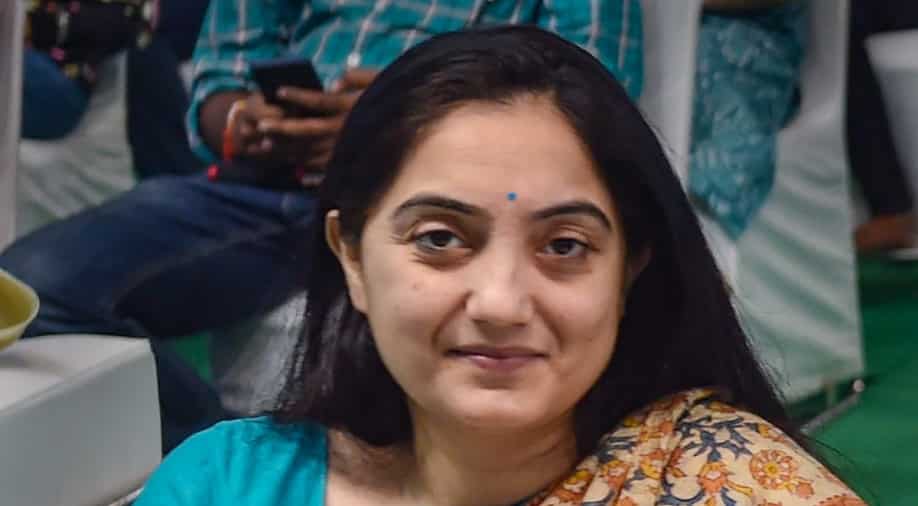 The All India Bar Association, meanwhile, wrote a letter urging Chief Justice of India (CJI) N V Ramana not to take cognisance of a letter petition which has sought withdrawal of adverse remarks against Nupur Sharma and noted that the AIBA "appreciates" the observations made by the two judges

The group of former judges were joined by former all India services officers and defence services veterans who said the apex court's comments had left an "indelible scar on the justice system of the largest democracy".

The group, comprising 15 former high court judges, 77 ex-all India services officers and 25 veterans, alleged that the "unfortunate" comments are not in sync with the judicial ethos and have sent "shockwaves" in the country and outside.

"In the annals of the judiciary, the unfortunate comments have no parallel and are an indelible scar on the justice system of the largest democracy. Urgent rectification steps are called for as these have potentially serious consequences on democratic values and security of the country," they said in a signed statement.

The All India Bar Association, meanwhile, wrote a letter urging Chief Justice of India (CJI) N V Ramana not to take cognisance of a letter petition which has sought withdrawal of adverse remarks against Nupur Sharma and noted that the AIBA "appreciates" the observations made by the two judges.

The AIBA's latter, written by its chairperson and senior advocate Adish C Aggarwala, said, "During the course of hearing of any matter, the judges engage with the counsels. They don't maintain sphinx-like silence.

"While engaging with counsel, it is natural for judges to open up and make observations and suggestions. The question of expunging observations, even if irrelevant, shouldn't arise since these remarks are only observations without any precedential value," the bar body said in the letter to Ramana.

"AIBA appreciates the views expressed by the judges, since the offending remarks were made by a seasoned leader and a lawyer," it said.

A vacation bench of Justices Surya Kant and J B Pardiwala had on July 1 severely reprimanded Sharma for her comments against Prophet Mohammed, saying her "loose tongue" has "set the entire country on fire" and that she was "single-handedly responsible for what is happening in the country".

Refusing to entertain Sharma's plea for clubbing FIRs lodged in various states against her for the remarks, the bench had said they were made either for cheap publicity, political agenda, or some nefarious activities.

The letter petition has been filed by Delhi resident Ajay Gautam, who claims to be a social activist, urging the CJI to "issue appropriate orders or directions... To withdraw their observations in the matter of Nupur Sharma so that Nupur Sharma gets a chance of fair trial."

The statement by the former judges, ex-civil servants and defence veterans was sharply critical of the observations made by the two-judge bench of the Supreme Court.

"By no stretch, these observations, which are not part of the judicial order, can be sanctified on the plank of judicial propriety and fairness. Such outrageous transgressions are without parallel in the annals of Judiciary," their statement said.

Criticising the observations, the statement said, "We, as concerned citizens, do believe that democracy of any country will remain intact till all the institutions perform their duties as per the Constitution. Recent comments by the two judges of the Supreme Court have surpassed the Laxman Rekha and compelled us to issue an open statement."

These "unfortunate and unprecedented" comments have sent shockwaves in the country and outside, it claimed.

"The observations are too serious to be overlooked if rule of law, democracy has to sustain and blossom and deserve to be recalled with the stance that soothes minds that care for justice," it added.

Noting that Sharma sought access to the justice system before the highest court, the statement said the court's observations have no connect jurisprudentially with the issue raised in the petition and "transgressed in an unprecedented manner all canons of the dispensation of justice".

"She was defacto denied access to judiciary and in the process, there was an outrage on the preamble, spirit and essence of the Constitution of India," it alleged.

In the observations, there is the virtual exoneration of the "dastardliest beheading at Udaipur in broad daylight," it claimed.

It further said, "Legal fraternity is bound to be surprised and shocked at the observation that an FIR should lead to arrest. The observations on other agencies in the country, without notice to them, are indeed worrisome and alarming."

The signatories also defended Sharma's plea for clubbing all FIRs against her citing previous orders of the apex court.