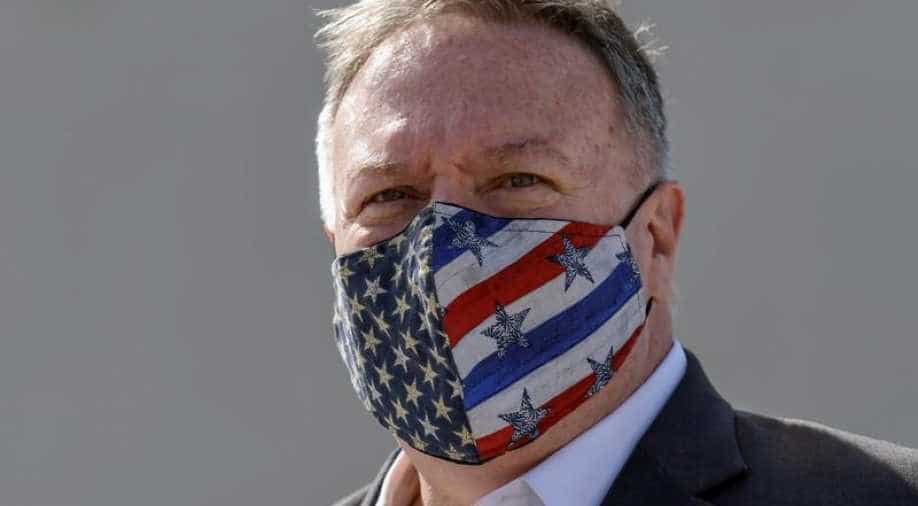 US Secretary of State Mike Pompeo supported India on its ongoing standoff with China, saying Beijing has deployed 60,000 soldiers in the border with India.

Pompeo said New Delhi "absolutely need the United States to be their ally and partner in this fight".

"They’ve stacked 60,000 soldiers against the Indians in the north," in an interview to Fox News.

Also read | 'I am sorry': Taiwanese detained in China confesses on state TV

The secretary of state's comments came after the Quad nations: India, Japan, Australia and the US met on Tuesday in Tokyo where they supported a rules-based Indo-Pacific region, sending an indirect message to China over its expansionist attempts.

"I was with my foreign minister counterparts from India, Australia, and Japan… four big democracies, four powerful economies, four nations, each of whom has real risk associated with the threats attempting to be imposed by the Chinese Communist Party. And they see it in their home countries too," Pompeo said on The Guy Benson Show, as quoted by The Indian Express.

"But they’ve all seen it, whether it’s the Indians, who are actually having a physical confrontation with the Chinese up in the Himalayas in the northeastern part of India, the Chinese have now begun to amass huge forces against India in the north."

He also said the Quad members are working on a set of policies to resist the threats each of these nations face from Beijing.

"(India) absolutely need the United States to be their ally and partner in this fight," he added.

Pompeo said the the "tide has turned" and under Trump's leadership a coalition is established that "will push back against the threat and maintain good order, the rule of law, and the basic civic decency that comes from democracies controlling the world and not authoritarian regimes".