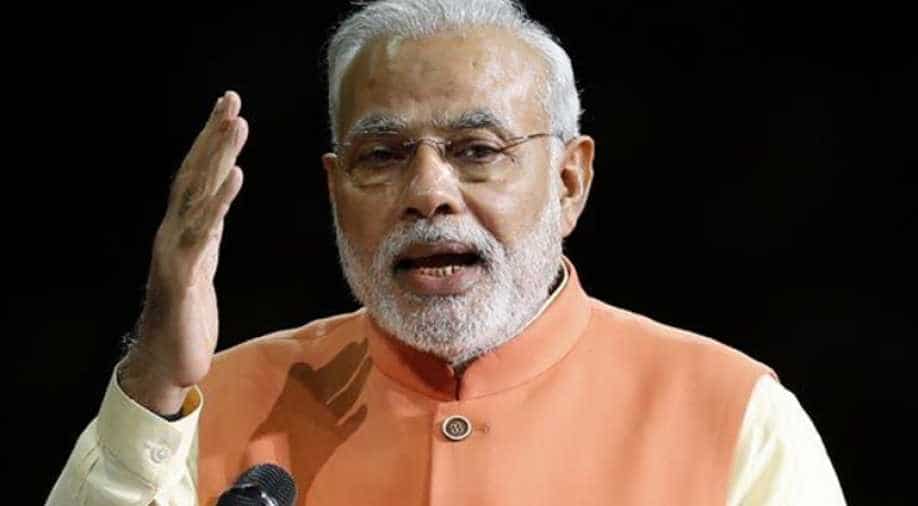 'The Congress dislikes me because of my poor origin Yes, a person belonging to a poor family has become the prime minister.' said Modi Photograph:( Zee News Network )

Prime Minister Narendra Modi attacked Congress today while addressing a rally in Rajkot, over the scams that allegedly happened under UPA's tenure.

Modi said he might have sold tea to earn living but never sold his nation.

"The Congress dislikes me because of my poor origin. Can a party stoop so low? Yes, a person belonging to a poor family has become the prime minister. They do not fail to hide their contempt for this fact. Yes, I sold tea but I did not sell the nation," said Modi.

In 2014 also Congress leader Mani Shankar Aiyar said that Modi would never become prime minister but he is always welcome to serve tea to Congress.

Modi also dragged Aam Aadmi Party indirectly saying "While a new party came up in Delhi, whose style is to keep abusing and running away, I thought the Congress, being an older party would not indulge in such politics. But they have also taken this shortcut in the past two months and only hurled abuses and lies."

Also read: I am grateful for all the 'kichad' being thrown at me, says PM Modi